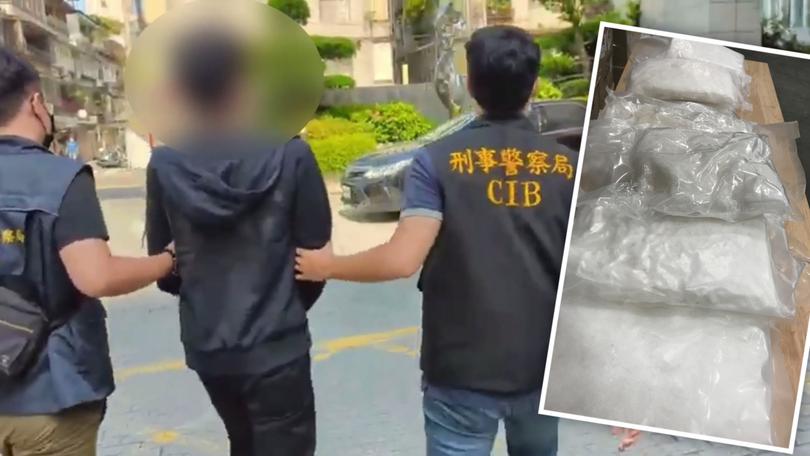 A man alleged to be a senior member of a transnational crime syndicate and his right-hand man have been arrested in Taiwan, accused of planning to bring $45 million worth of meth hidden in 3D printers into Australia.

Australian Federal Police Assistant Commissioner Pryce Scanlan said the AFP had been working to identify one of the men after encrypted messages were intercepted, allegedly planning more than 30 imports of methamphetamine into Australia in 2020.

“Intelligence indicates he and his syndicate were attempting to import quantities of up to 100 kilograms at a time,” Assistant Commissioner Scanlan said.

“We suspect they were operating long before we started monitoring them and were involved in multiple other drug trafficking plots targeting Australia.”

The AFP and the Australian Criminal Intelligence Commission (ACIC) allegedly found the syndicate were planning to import 30 kilograms of methamphetamine into Western Australia inside 3D printers.

The AFP and ACIC worked with international partners, including Homeland Security Investigations (HSI), to intercept the drugs in the United States before they reached Australia, and establish the identity and location of the suspects.

Australian authorities provided intelligence to the Taiwan Criminal Investigation Bureau to help locate the man in New Taipei City, where he was arrested in late July.

Further inquiries by Taiwanese police, supported by the AFP and ACIC, led to the identification and arrest of a second alleged syndicate member in early October in Taoyuan City.

That man, 36, was allegedly regarded as the right-hand man of the 33-year-old in the criminal enterprise.

Both men have been charged with illegal transportation of category two narcotics.

If convicted the pair could face life imprisonment in Taiwan.

Assistant Commissioner Scanlan said the AFP was also investigating the syndicate’s alleged links to other imports into Western Australia which had been stopped by the AFP and Australian Border Force.

He said the arrest of the two men highlighted the damage law enforcement and intelligence agencies could inflict on transnational criminal networks by working together across borders.

“We allege this operation has taken out two senior members of a TSOC (Transnational, serious and organised crime) syndicate and disrupted their gateway to import illicit commodities into Australia, which is a significant win for the community,” he said.

“The operation has been particularly important for WA, considering the continued high demand for methamphetamine locally.

“Methamphetamine is the most consumed illicit drug across Australia and it causes immense harm to users, families and communities.”