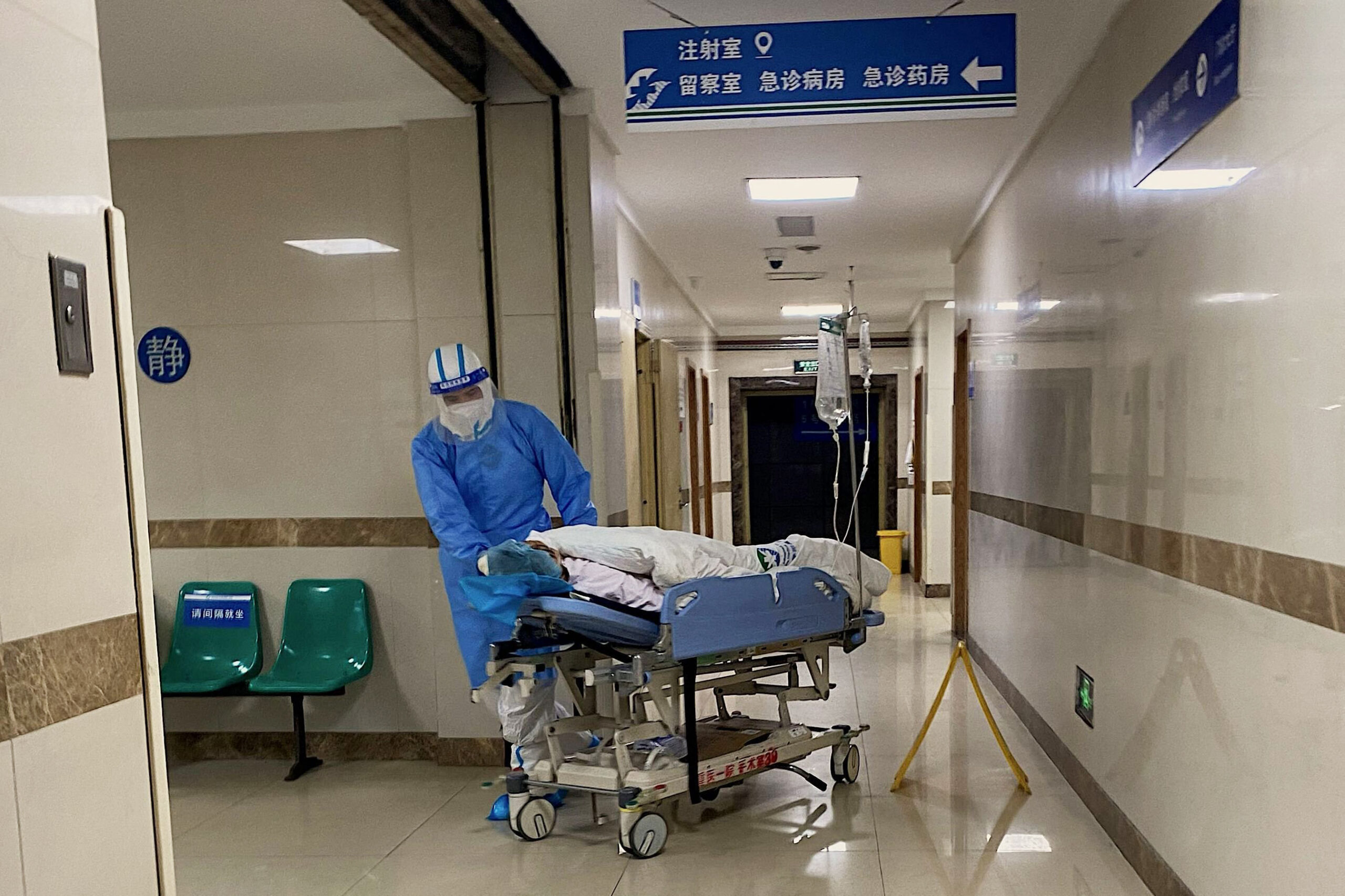 SHANGHAI/BEIJING, Dec 22 (Reuters) – A Shanghai hospital has told its staff to prepare for a “tragic battle” with COVID-19 as it expects half of the city’s 25 million people will get infected by the end of next week, while the virus sweeps through China largely unchecked.

After widespread protests against strict mitigation measures, China this month began dismantling its “zero-COVID” regime, which had taken a great financial and psychological toll on its 1.4 billion people.

China’s official death count since the pandemic began three years ago stands at 5,241 – a fraction of what most other countries faced – but now looks bound to rise sharply.

China reported no new COVID deaths for a second consecutive day for Wednesday, even as funeral parlour workers say demand for their services has increased sharply over the past week.

Authorities – who have narrowed the criteria for COVID deaths, prompting criticism from many disease experts – confirmed 389,306 cases with symptoms.

Some experts say official case figures have become an unreliable guide as less testing is being done following the easing of restrictions.

Infections in China are likely to be more than a million a day with deaths at more than 5,000 a day, a “stark contrast” from official data, British-based health data firm Airfinity said this week.

The Shanghai Deji Hospital, posting on its WeChat account late on Wednesday, estimated there were about 5.43 million positives in the city and that 12.5 million in China’s main commercial hub will get infected by the end of the year.

“This year’s Christmas Eve, New Year’s Day, and the Lunar New Year are destined to be unsafe,” said the private hospital, which employs some 400 staff.

“In this tragic battle, the entire Greater Shanghai will fall, and we will infect all the staff of the hospital! We will infect the whole family! Our patients will all be infected! We have no choice, and we cannot escape.”

The post was no longer available on WeChat by Thursday afternoon. A person who answered the hospital’s main telephone line said they could not immediately comment on the article.

Shanghai residents endured a two-month lockdown that ended on June 1, with many losing income and struggling to find basic necessities. Hundreds died and hundreds of thousands were infected during those two months.

On Thursday, many areas of Shanghai were almost as deserted as back then, with many residents isolating themselves and businesses forced to shut as staff fell ill.

“All our employees are sick,” said a supermarket worker surnamed Wang as he was shutting the doors. He said he hoped to re-open on Dec. 30.

Despite the new infections, the last vestiges of the “COVID Zero” policy are being scrapped. China plans to cut quarantine requirements for overseas travellers in January, Bloomberg News reported, citing people familiar with the matter.

China’s vaccination rate is over 90% but the rate for adults who have received booster shots drops to 57.9%, and to 42.3% for people aged 80 and above, government data shows.

Footage from a Beijing hospital on CCTV state television showed rows of elderly patients in the intensive care unit breathing through oxygen masks. It was not clear how many of them had COVID.

The deputy director of the hospital’s emergency department, Han Xue, told CCTV they were receiving 400 patients a day, four times more than usual.

“These patients are all elderly people who have underlying diseases, fever and respiratory infection, and they are in a very serious condition,” Han said.

The head of the World Health Organization said it was concerned about the spike in infections and was supporting the government to focus on vaccinating those at the highest risk.

Smaller cities away from the affluent coastal belt are particularly vulnerable. Tongchuan, a city of 700,000 in the northwestern province of Shaanxi, called on Wednesday for all medical workers who retired in the past five years to join the battle against COVID.

Germany said it has sent its first batch of BioNTech (22UAy.DE) COVID vaccines to China to be administered initially to German expatriates. Berlin is pushing for other foreign nationals to be allowed to take them.

BioNTech said on Thursday it had shipped 11,500 doses of the vaccine to China.

These would be the first mRNA vaccines, seen as most efficient against the disease, available in China.

The German embassy in Beijing has asked its nationals to register to get the vaccine, which should soon be available at its diplomatic missions. China’s foreign ministry said both sides were discussing how to arrange distribution of the vaccine to Germans.

China has nine domestically developed COVID vaccines approved for use.