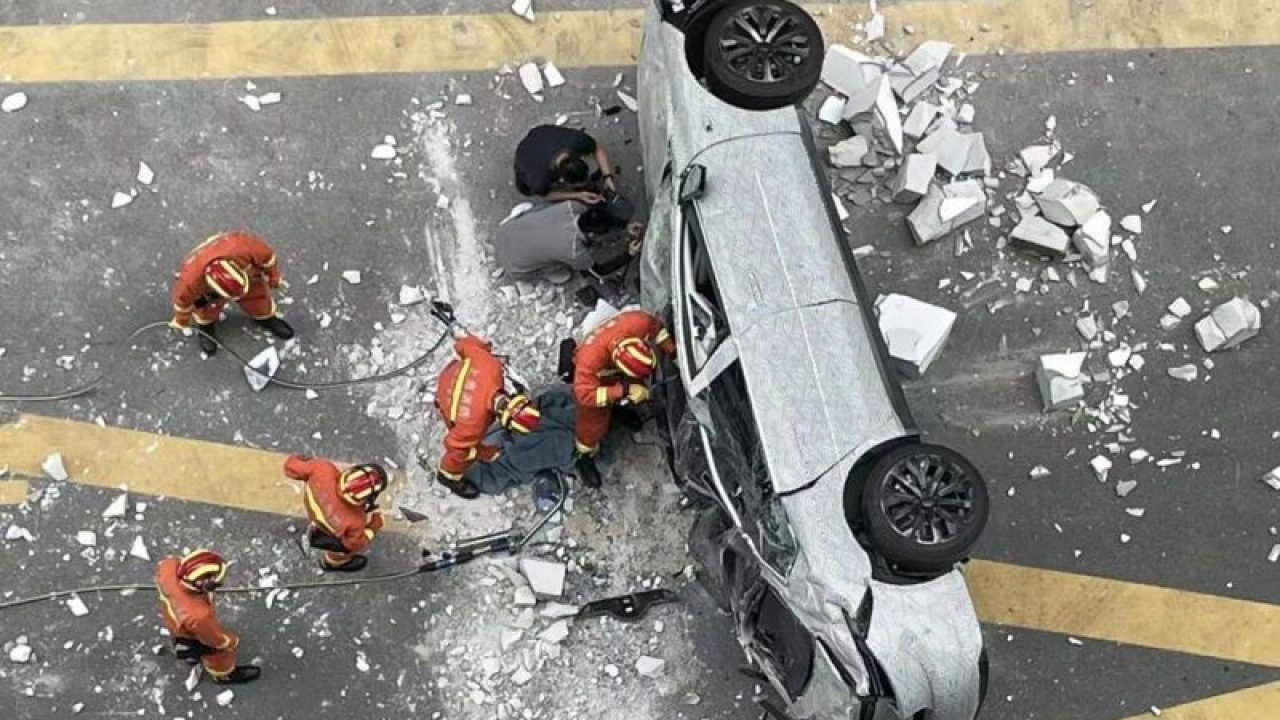 Two people died this week when a Nio electric car crashed to the ground from the third floor of a parking lot in Shanghai.

One member of Nio’s staff and an employee from a partner company were killed in the accident, the Chinese electric carmaker said in a statement Thursday.

Both were inside the test vehicle, which crashed on Wednesday afternoon at the Shanghai Innovation Park, Nio (NIO) said in a Weibo post. The company’s headquarters is inside the industrial park.

It added that “according to analysis of the on-site situation, we can preliminarily confirm that it’s an accident (not due to vehicle-related reasons).”

Nio also said it is cooperating with a police investigation into the cause of the accident.

The company hasn’t responded to a request for additional comment by CNN Business.

Nio’s statement on the crash attracted at least 78 million views on Weibo and more than 1,700 discussion posts. Videos circulating online show rescue workers in orange suits attempting to save passengers in the car, which looks badly damaged.

Founded by Chinese entrepreneur William Li in 2014, Nio has become one of the fastest growing electric car startups in China, and one of several homegrown rivals to Elon Musk’s Tesla.

Tesla was the top seller of pure EVs in China until April, when Covid lockdowns in Shanghai affected its sales and supply chains. China’s BYD (BYDDF), backed by Warren Buffett, overtook Tesla that month.

Nio listed its shares on the New York Stock Exchange in 2018.