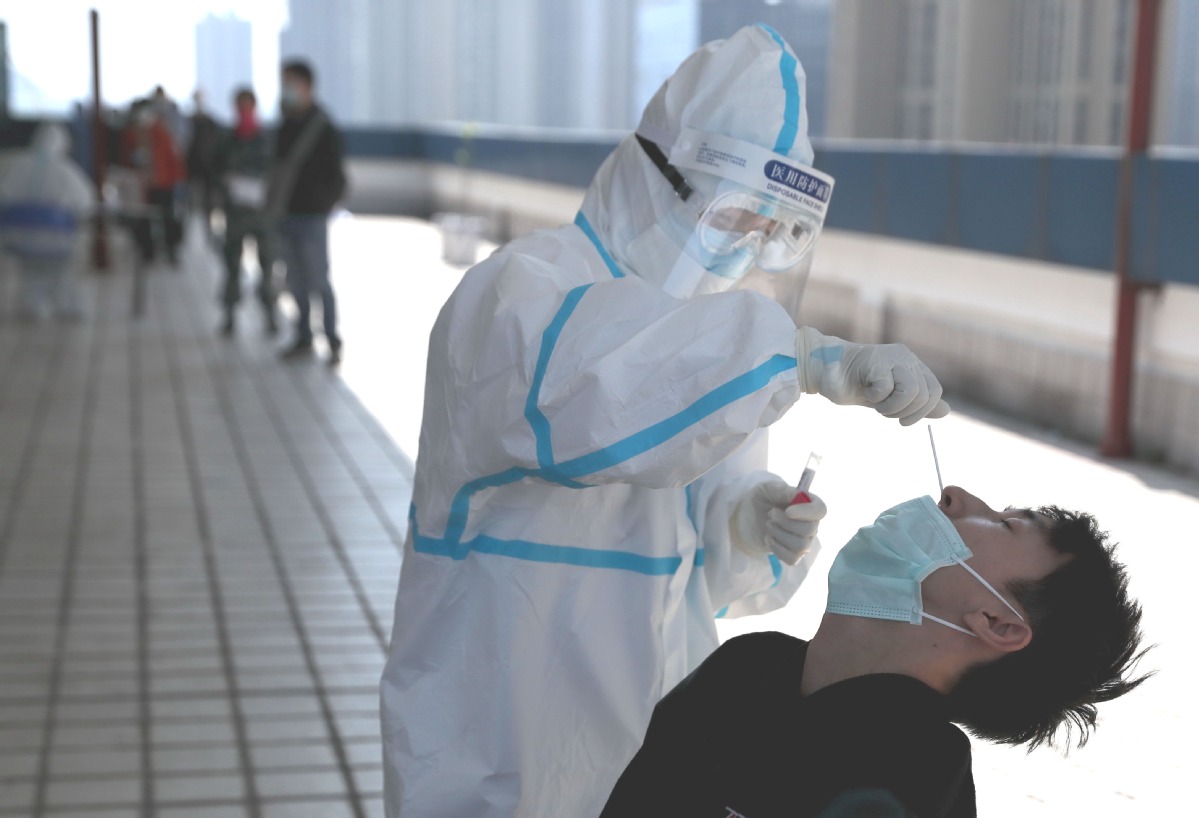 Residents of parts of Shanghai and Beijing have been ordered to undergo further rounds of coronavirus testing following the discovery of new infections, with tight restrictions remaining in place in Hong Kong, Macao and other Chinese cities.

Shanghai, China’s largest city, has only just emerged from a strict lockdown that confined most of its 24 million residents to their homes for weeks, and the new requirements have stirred concerns of a return of such restrictive measures.

The latest outbreak in Shanghai, a key international business center, has been linked to a karaoke parlor that reopened without authorization during lockdown and failed to enforce prevention measures among employees and customers, including contact-tracing, according to the city health commission. All such establishments have been ordered to suspend business temporarily, the city’s department of culture and tourism said.

Apartment blocks where cases are discovered continue to be isolated, while mass testing in the majority of the city’s 16 districts has been ordered at least through Thursday. A negative test result obtained within the previous 48 hours is required to enter residential compounds and public venues under the “two tests within three days” program.

Entertainment businesses, including water parks, chess clubs and internet cafes, have been wanting to reopen but face an uncertain regulatory environment.

Those types of venues will “gradually open in an orderly and strict manner according to the situation of epidemic prevention and control in each district,” said Jin Lei, deputy director of the city’s culture and tourism department.

Shanghai’s lockdown prompted unusual protests both in person and online against the government’s harsh enforcement, which left many residents struggling to access food and medical services and sent thousands to quarantine centers.

Beijing has also seen a recent outbreak linked to a nightlife spot. It has been conducting regular testing for weeks, and at least one residential compound in the suburb of Shunyi, where many foreign residents live, has been locked down, with a steel fence installed over its entrance to prevent residents from leaving.

Enforcement in China’s capital has been far milder than in Shanghai, although officials continue to require regular testing and prevention measures.

In the northern city of Xian, whose 13 million residents endured one of China’s strictest lockdowns over the winter, restaurants have been restricted to takeout only and public entertainment spots closed for a week starting Wednesday.

A notice on the city government’s website said the measures were only temporary and intended to prevent a renewed outbreak. It said supermarkets, offices, public transportation and other facilities are continuing to operate as normal, with routine screening including temperature checks and people being required to show an app proving they are free of infection.

The gambling hub of Macao has meanwhile locked down the famed Grand Lisboa Hotel after cases were discovered there. More than a dozen residential and commercial centers in the Chinese special autonomous region of about 650,000 people have been designated as “red zones,” with access restricted almost exclusively to emergency workers.

Authorities have ordered most establishments to close, with the exception of casinos, which are Macao’s main revenue generator and among the city’s largest employers.

City residents will have to undergo three coronavirus tests this week. The local outbreak is Macao’s largest since the pandemic began, with more than 900 infections reported since mid-June.

Neighboring Hong Kong has also seen a rising trend of infections since mid-June. In the past seven days, reported daily infections averaged about 2,000 a day.

The city’s new leader, John Lee, said Wednesday that Hong Kong must not “lie flat” when it comes to COVID-19, rejecting the “living with the coronavirus” mentality that most of the world has adopted.

His comments echo the sentiments of mainland Chinese authorities, who have stuck with their “zero-COVID” policy, which has become closely identified with President Xi Jinping.

However, Lee has said that Hong Kong authorities are exploring options, including shortening the duration of mandatory quarantine for incoming travelers. Currently, travelers must test negative for the coronavirus before flying and quarantine for seven days in designated hotels upon arrival.

The city, once known as a bustling business hub and international financial center, has seen tourism and business travel crippled by its tough entry restrictions.

The strict measures have remained in place despite relatively low case numbers and the serious negative effects on China’s economy and global supply chains.

The World Health Organization recently called the policy unsustainable, a view Chinese officials rejected outright even while they say they hope to minimize the impact.

While China’s borders remain largely closed, cutting off both visitors from abroad and outbound tourism, officials have cautiously increased flights from some foreign countries, most recently Russia.

Shanghai announced just 24 cases over the last 24 hours, and Beijing five cases. Anhui province announced 222 cases in what appears to be the latest cluster, prompting officials to order mass testing and travel restrictions in Si county, where the bulk of cases have been reported.