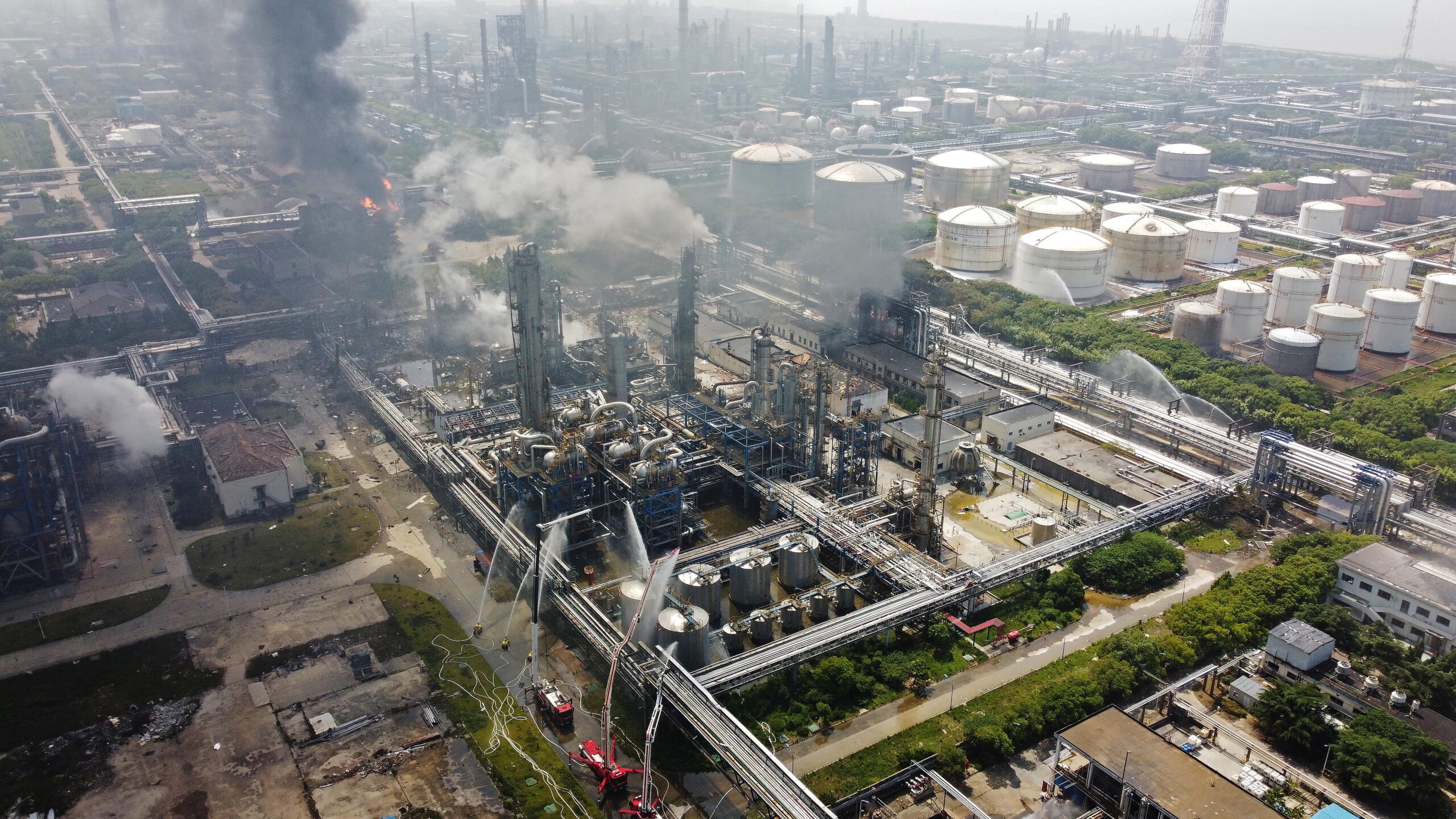 A fire has killed at least one person at a Sinopec chemical plant in Shanghai, an accident that will not significantly affect the market, the company has said.

The fire at a Sinopec Shanghai Petrochemical Co plant in Jinshan district broke out around 2000 GMT on Friday, but was brought under control later that morning, state news agency Xinhua reported.

“The fire at the scene has been effectively brought under control and protective burning is currently being carried out,” Xinhua reported.

The driver of a third-party transport vehicle died and a company employee suffered a minor injury, said a Sinopec representative.

An explosion was heard by residents up to six kilometres (four miles) away, according to local media.

Roaring fire was seen engulfing part of the sprawling factory, emitting columns of thick black smoke, in a video posted on Twitter by the state-backed Shanghai Daily.

“The whole area is completely incinerated,” a shocked resident could be heard saying in the background of one video.

The Shanghai fire department said on Weibo that it had dispatched more than 500 personnel immediately after the incident around 4:28 am local (2028 GMT on Saturday).

The Ministry of Emergency Management dispatched an expert group to the scene, CCTV reported.

Immediate reports did not mention a possible cause of the fire at the refinery which is very near the seafront in south Shanghai, as well as a wetland park.

The fire erupted as Shanghai, China’s industrial engine and most populous city, gingerly resumes business after being sealed off for around two months to counter a coronavirus outbreak driven by the Omicron variant.

While the lockdown was officially lifted at the beginning of June, the snarling of supply chains and shutting of factories continues to have far-reaching consequences for the global economy.