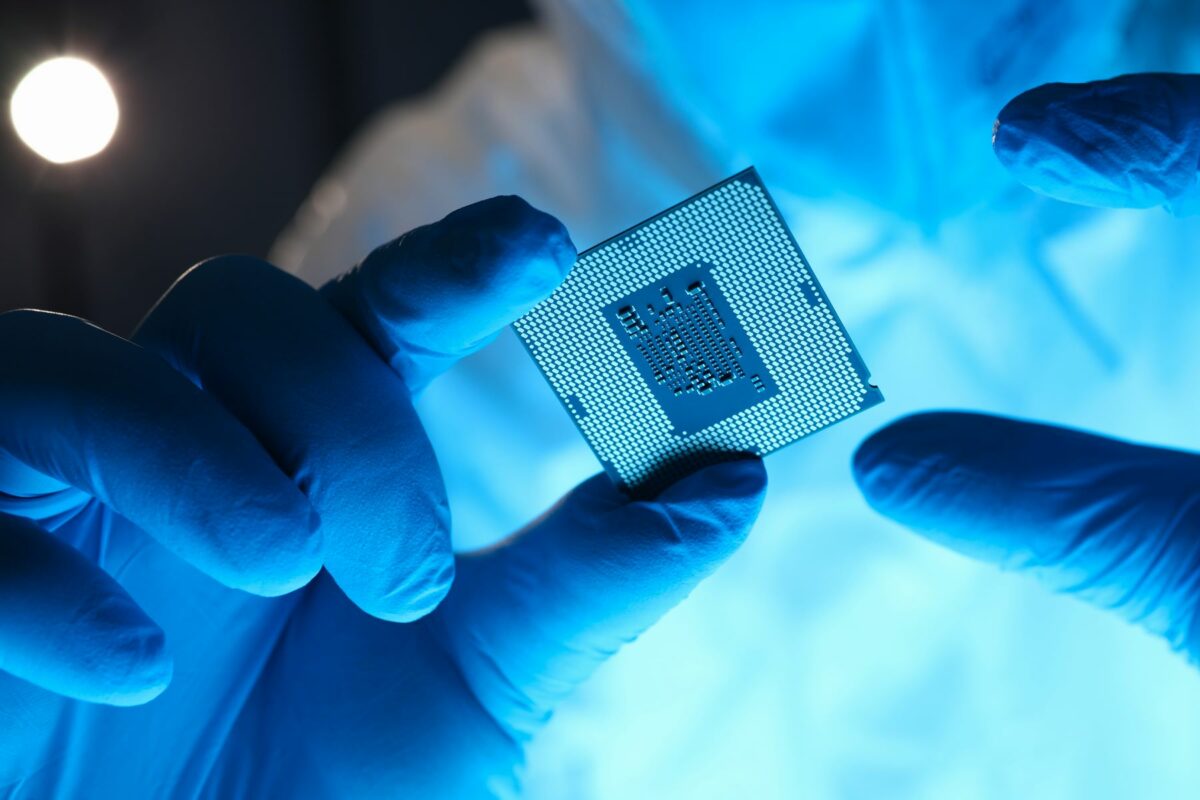 Semiconductors are often called the “rice of industries,” as they are indispensable components of key electronic products, including televisions, computers, smartphones and automobiles. Chip technology is used in both the civilian and military sectors, in aeronautics, space and quantum computers. The heated U.S –China contest over semiconductors goes down to these fundamental roots.

The power of the United States to impose strong sanctions on China comes from its unrivaled strength in designing chips and making chip equipment. For instance, the U.S. government banned American companies from providing equipment, software and designs for under-14 nanometer (nm) chips to Chinese companies without approval from Washington.

In particular, extreme ultraviolet (EUV) lithography equipment used for the below-7 nm process has been exclusively supplied by ASML, a Dutch company. The U.S. government blocks it from selling the equipment to Chinese chipmakers. As a result, China cannot develop an ultrafine processing technology for under 10 nm chips.

But it is questionable whether such restrictions can serve as an effective means to check China. Actually, the share of the cutting-edge process under 10 nm in the entire semiconductor sector is small. That’s why China invests heavily in securing semiconductor lithography equipment for “legacy process,” or mature technology, to avoid U.S. sanctions.

In 2019, China’s largest foundry, Semiconductor Manufacturing International Corp. (SMIC), acquired the 14 nm process technology. Once a company retains that level of technology, it can develop nearly all types of chips except for Application Processor (AP), a core component of smartphones and the equivalent of a central processing unit or CPU for PCs. The AP technology can be used for most electronic products, cars and other goods in the civilian sector.

Hua Hong Semiconductor (HHS), China’s second largest foundry, is only using the process for 40 nm and above. The cases of the two Chinese foundries show that although China can’t make top notch chips below 10 nm, it can sufficiently meet huge domestic demand for chips above 14 nm, the lion’s share of semiconductors in China.

Though it may take longer in the case of DRAM, Yangtze Memory Technologies (YMTC), a NAND flash chipmaker in China, began mass-producing 64-layer chips in 2019. The chips will likely be used in low and mid-priced cell phones in the country. China has more than 2,000 fabless and some of them are excellent in quality.

UniSOC, a fabless in China, took fourth place in the global AP market share last year after outpacing Samsung Electronics. That’s not all. China also has Will Semi — the world’s third largest image sensor company — not to mention a number of enterprises that specialize in power semiconductors and analog integrated circuits (IC). Thanks to China’s remarkable strength in designing system chips — and to the enlargement of foundry-based production capacity from fabs — you must not make light of China’s chip industry.

For the moment, China has no effective means to confront the U.S., but the tech gap in chips will be narrowed despite America’s persistent checks. But China could take the high ground in global chip supply chains thanks to its competitive leverage in the over-10 nm process, which will pose a serious challenge to Korea in the field of system chip design.

Korea must look at the bigger picture. The country must first maintain its strength in memory chips and approach system chips from the perspective of product competitiveness. Above all, Korea must develop the fabless sector — its weakest point compared to China — as growth in foundries cannot be achieved without strength in fab.

We are heartened by the news that Samsung began mass-producing 3 nm chips from June 30. The company certainly scored meaningful points in its race with rival Taiwan Semiconductor Manufacturing Company. But Samsung must maintain its unrivaled competitiveness in the micro-process technology. Fortunately, the Yoon Suk-yeol administration and corporate sector are discussing ways to foster talent for the chip sector. The government must find the needed manpower. The clock is ticking.