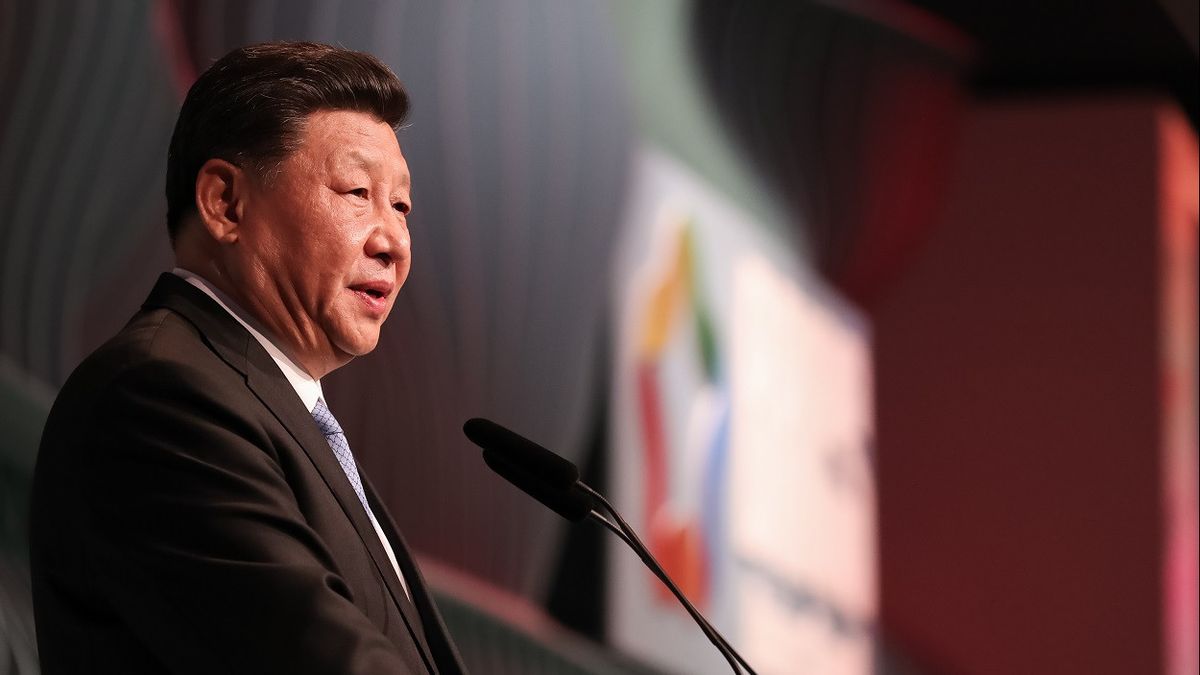 Chinese social media is full of anger and frustration – because the military didn’t shoot down Nancy Pelosi’s plane. As she headed to Taiwan, the Chinese Communist Party (CCP) whipped up a wave of rabid online nationalism. Influential commentators led by Hu Xijin, the former editor of the CCP’s Global Times, suggested the speaker of the US House of Representatives could be taken out, a view that was widely applauded.

Nationalists have a lot of leeway on China’s tightly-controlled internet, in large part because their views are shared by the increasingly chauvinistic CCP. But after Pelosi’s plane not only landed, but left Taiwan in one piece, they exploded in outrage. How could she be allowed to get away with it, they fumed, dismissing the military drills that followed as too little, too late and a sign of weakness. The party, already dealing with a faltering economy, has struggled to rein in the angry nationalists.

It wasn’t Xi Jinping’s only miscalculation. China’s leader is likely to emerge as the biggest loser from China’s militarised tantrum around Taiwan. Crises can be clarifying events, and this one can only boost Taiwanese resolve. It will also heighten global awareness of the importance of the island and of the Chinese Communist Party’s aggressive ambitions, which go well beyond the Taiwan Strait.

The drills were the largest and most ambitious the People’s Liberation Army (PLA) has ever held in the area, and effectively surrounded Taiwan. They involved the army, air force, navy, the rocket force and support forces. They were accompanied by cyber-attacks on Taiwanese government web sites, and ballistic missiles were fired high over the island.It wasn’t Xi Jinping’s only miscalculation

Chinese ships and aircraft repeatedly crossed the median line in the Taiwan Strait, an unofficial border in place since the 1950s, and which both sides usually respect. Warships from China and Taiwan played cat and mouse. On Sunday, after four days, the PLA appeared to call off the drills, only to resume more limited exercises a day later, suggesting they will maintain at least some tempo over coming weeks.

The PLA pumped out tub-thumping videos accompanied by stirring music. But what exactly have all the theatrics achieved? They fell well short of a full rehearsal for an invasion, which remains incredibly difficult, requiring a force of up to two million, according to some estimates. More likely, the CCP was demonstrating its ability to blockade Taiwan, and Chinese commentators likened the drills to a noose around the island. However, the disruption to shipping and airlines was minor, and experts doubt the PLA yet has the capacity to sustain such pressure. The drills are also seen as a test of the PLA’s ability to do joined up fighting, to coordinate all those shiny new assets – considered critical to modern war fighting and where the PLA is untested.

Whatever the strategic aim, Xi’s pyrotechnics are an expression of his political failure. They are best seen as a step up in the intimidation of the island, which has intensified under his rule. Xi has made the ‘recovery’ of the island a key plank of his ‘Chinese Dream’ of national rejuvenation and his frustration is growing as that goal is slipping away. Heightened intimidation would likely have been on the cards with or without Pelosi’s visit.

Support in Taiwan for unification is small and falling, and every act of CCP bullying accelerates this trend. The events of the last few days bring to mind Taiwan Straits crisis of 1996. I spent several weeks on the island back then as China lobbed missiles off the coast in a bid to influence Taiwan’s first fully democratic presidential election. And influence it they did – giving Lee Teng-hui, the candidate Beijing most hated, an even bigger majority.

China’s bullying can only draw global attention to the widening political gulf separating the two sides of the Taiwan Strait. Xi is constructing a grim and repressive surveillance state, built around his own cult; Taiwan is arguably the world’s most successful new democracy. The analogy of West Berlin, that feisty island of freedom during the last Cold War, fighting an existential battle against the surrounding dictatorship, is becoming irresistible.

Awareness is also growing of the pivotal role Taiwan’s plays in the global high-tech economy. It dominates the production of the microprocessors critical to our digital lives, sitting at the heart of everything from cars, smartphones and laptops to aircraft and weapon systems. It produces an astonishing 90 per cent of the most advanced chips — the quickest, smallest and most crucial to the technologies of the future.

Beijing’s latest intimidation will hasten a re-think in Taiwan of its own defence. This has already been affected by the war in Ukraine, which has demonstrated how a smart and determined underdog can thwart the ambitions of a much larger and more powerful rival. Taipei calls it the ‘porcupine strategy’, built around small, mobile and highly lethal weapons systems, such as drones, smart mines and missile systems, designed to massively raise the cost to China of an invasion.

Though the US has been cautious in its response to the latest crisis, its support is also likely to be strengthened. There is already a debate in Washington over the value of the decades-old ‘one-China policy’, which can best be seen as an agreement to disagree over the status of Taiwan, and also of ‘strategic ambiguity’, whereby the US has been ambiguous about Taiwan’s defence in the event of an invasion. There is growing pressure to be more explicit on both, recognising that the CCP’s claims over Taiwan are flimsy at best, and being more explicit in support of the island..

Then there’s Japan, which watched as five ballistic missiles from China’s drills splashed down in its exclusive economic zone, which extends 200 nautical miles from Japan’s coast. Last time that happened the missiles came from North Korea, and were seen as the actions of a rogue state. Japan has already significantly hardened its policy towards China, and has linked Taiwan’s security with its own – a process likely to be accelerated.

If one CCP aim was to discourage further high-profile visits to Taiwan, that too is likely to fail. Government officials from Lithuania are in Taipei this week; Tom Tugendhat is expected to lead a group of MPs from the Commons foreign affairs committee on a delayed visit later this year. Expect more tantrums, and more visits – because thanks to China, Taiwan has become a ‘must-go’ destination for any self-respecting democrat.