Home » Blog » What Happens to Russia After It Loses? 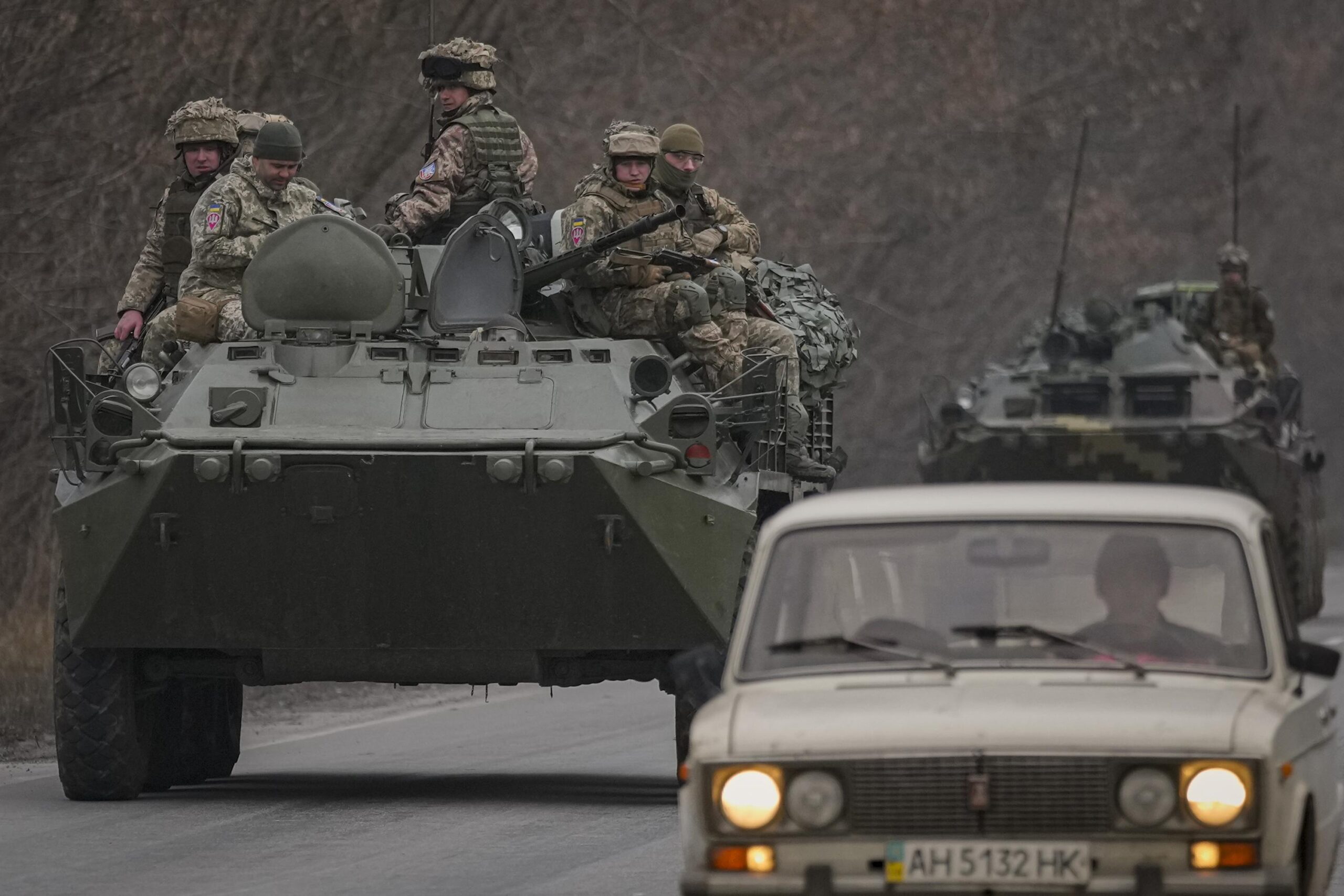 In the aftermath of Putin’s catastrophic war on Ukraine, Russia will never be the same.

With reports of Russian troops fleeing like “Olympic sprinters,” leaving behind weapons, crashing their tanks into trees, and turning over more than 3,000 square kilometers of previously held territory to Ukraine, it is only natural to ask: How bad can it get for Russia?

Ukraine’s President Volodymyr Zelenskyy offered stirring video remarks this weekend that doubled down on his commitment to defeat the invaders completely, to push them out of the borders of Ukraine.

We can’t know whether that goal will be achieved, or if it is how long it will take. But what we can see, yet again, is that Vladimir Putin’s decision to launch a broader invasion of Ukraine last February was a devastating miscalculation.

Experts with whom I spoke all agreed that the war will have long-lasting implications for Russia and, as a consequence, for geopolitics. At the very least it puts to rest for the foreseeable future Putin’s notion that he will oversee the rebirth of Russian greatness, of a new Russian empire. At worst, it means that Russia’s decades-long slide that led to its Cold War collapse (and its struggles ever since) will be accelerated, and the country will be consigned by its floundering dictator to a period of greatly diminished global influence.

Former U.S. Ambassador to NATO Ivo Daalder described the stakes trenchantly: “Russia ceased being a great power a long time ago. It never really recovered from the collapse of the Soviet Union, itself the product of a decaying ideology and system.” Daalder said Putin came to power when “Russia was in a state of deep dysfunction” and that he subsequently “set out to build a deeply kleptocratic system that benefited him and his cronies at the expense of the entire society.” This, according to Daalder, has manifested itself with “a military that is unable to engage in modern warfare of maneuver, which after six months still hasn’t established air superiority.”

Daalder added: “John McCain once called Russia ‘a gas station with nuclear weapons.’ As sanctions start to impact its ability to produce oil and gas, it isn’t even clear if Russia will be a gas station for long.”

Russia is still the largest country in the world, with more nuclear weapons than anyone. And yet, remarkably, despite all that, Putin’s disaster in Ukraine may well leave Russia as little more than a dangerous middleweight power—Belgium with an attitude.

Stephen Sestanovich, who served during the Clinton administration as ambassador at large for the newly independent states of the former USSR and is currently a professor at Columbia University, offered a different analogy to a second-tier European state, “Russia’s claim to be a great power has long been tenuous, resting on nukes, land mass, and a UN veto. The revival of economic growth in Putin’s first decade helped restore a little luster to the claim. But he’s been largely on the ropes since 2014, and this absurd campaign to ‘de-Nazify’ Ukraine has put his entire effort at risk. He wanted to make himself an equal of Catherine and Peter. Now it’s going to take quite a comeback to be more than [former Serbian President Slobodan] Milošević with missiles.”

Angela Stent, a Putin biographer and senior adviser at the Georgetown School of Foreign Service’s Center for Eurasian, Russian, and East European Studies, echoed that analysis, “After the war is over, Russia will still be the largest country in the world (assuming it does not disintegrate) and it will still have nukes, oil, and gas. But it is deglobalizing and returning to greater autarky.” Stent says that despite maintaining strong ties with many countries in the global south, “its relations with the collective West, which represents the lion’s share of global GDP, have largely collapsed.” Stent adds: “Putin came to power wanting to restore Russia’s role as a great power and have a seat on the global board of directors. He has now lost that. Russia will emerge from this demodernized and diminished in global stature.”

Stent however, offers an important caveat, noting that despite the damage Putin and his incompetent generals and his coterie of yes-men advisers have done, Russia will still “have the ability to act as a spoiler against Western interests.”

Putin and Russia have been actively trying to send a message that they are still a force to be reckoned with.

“…the prognosis for Russia’s future is, in the eyes of every expert with whom I spoke, dark and getting darker all the time.”

While Putin’s visit to inaugurate a ferris wheel that almost immediately broke down did not accomplish this, his trip this week to the “Shanghai Summit” meeting in Uzbekistan where he will meet with regional allies (most notably, China) is intended to send a more effective message in this regard.

China and Russia will almost certainly make a show of pledges to work closely together, thus helping Putin communicate that he is still someone to be reckoned with. At least in theory.

China has been reluctant to provide direct military aid to support Russia’s Ukraine invasion, and from time to time it has appeared quite uncomfortable with having a “best friend” that also regularly seems committed to demonstrating its incompetence. Differing Russian and Chinese statements in the run up to this week’s summit further underscore that.

Hal Brands, the Henry A. Kissinger Professor of Global Affairs at the Johns Hopkins School of Advanced International Studies, warns nonetheless that it would be “a mistake to write off a country that spans ten time zones, has thousands of nuclear weapons, retains some powerful conventional forces, and has infinite capacity to make trouble as a great-power. Russia has traditionally proven far more resilient than many analysts imagine—it came back after the complete catastrophe following the end of the Cold War, after all, even if Putin is jeopardizing much of that today.”

However, Brands concedes that “this is actually kind of normal for Russia—it is a great power that has never been as great as it thinks it is. So it constantly tries to punch above its weight in international affairs (by waging a Cold War against the entire Western world, for instance). That leads to failure, which leads to dramatic contractions of Russian power and influence, which leads, after a time, to a period of resurgence anew. Russia will be down for a while if things keep going in this direction—but don’t count it out.”

Jill Dougherty, who also teaches at Georgetown’s School of Foreign Service and is a global fellow at the Wilson Center’s Kennan Institute, observes that Russia’s deepening decline could trigger dangerous instability both for Putin and for the world. “At home in Russia, ominously, prices for goods are rising and, although most Russians support the war, there are small but significant signs of domestic frustration and even criticism of Putin himself. Massive brain drain is siphoning off Russia’s best and brightest high-tech specialists.

“The prospect of defeat in Ukraine,” she continues, “Carries potentially grave threats to Vladimir Putin’s rule. The closer he comes to losing, the more desperate he may grow, with little to stop him from striking out in savage retribution. The possible use of tactical nuclear weapons in Ukraine cannot be ruled out. The Kremlin can try to redefine ‘victory’ and ‘defeat,’ but someone will have to be blamed and, already, Putin is denouncing his internal ‘enemies’ and ‘Fifth Column traitors,’ leaving Russia an angry, resentful, and isolated country.”

The former commander of the U.S. Army in Europe, General Mark Hertling (retired), notes that some countries were able to rebound fairly quickly from the damage done by fallen leaders as Saddam Hussein, Nicolae Ceausescu, and Adolf Hitler. But, Gen. Hertling says, “Russia is different.”

Hertling continues: “Russia’s aristocracy might replace Putin, but would it be with a leader who can help the Russian culture rebound from over a century of oppression, secrets, wars, kleptocracy, class division, and really poor leadership that has seeped into every element of the society? Especially their security force and intelligence community. A desire to execute a positive transformation of a military into an effective 21st century fighting force after a disastrous defeat like what has occurred in Ukraine will be extremely difficult. You can’t begin to change the way an army fights if the political leadership it represents is dysfunctional, because effective armies represent the values of a nation it defends.”

Specifically, he accurately notes, Russia’s “military failed because of corruption, grift, poor equipment, failure to follow a doctrine that was disconnected from capability or training, a lack of both individual and team preparation for the demands of the modern battlefield… but most of all, extremely poor leadership at all levels. But here’s the most important lesson: you can’t fix any of that, within any period of time or with any amount of money, as long as the government the military serves is dysfunctional and corrupt.”

For these reasons, the prognosis for Russia’s future is, in the eyes of every expert with whom I spoke, dark and getting darker all the time.

As Tom Nichols, a former Naval War College professor, Russia specialist, and current contributor to The Atlantic, concludes: “No matter how this war ends, post-Soviet Russia as a great power is finished for a long time to come. Putin unwound 30 years of social and economic development, somehow thinking he could sustain great power status on wars of aggression, selling natural resources, and keeping a nuclear arsenal. (Great powers do not have to go shopping for weapons in North Korea.) Even if Putin dies or is removed, the moral stain of the Ukraine war and its many crimes is going to last for generations, and a post-Putin Russia will not get the same benefit of the doubt from the rest of the world the way it did after the Soviet collapse. He’s going to leave the country poorer, more hated, and more isolated than at any time since Stalin’s death.”

There is an irony in this. Putin avoided the funeral of Mikhail Gorbachev because he considered the fall of the Soviet Union and the dissolution of its empire as the worst catastrophe of the past century. Yet, here he is compounding the missteps and the crimes that led to that event.

Indeed, the best case for post-Soviet Russia may well be that it becomes relative to China what the former members of the Warsaw Pact were to it, a satellite of a much greater power, at best the junior partner in a relationship with the one like-minded nation that has a chance to gain greater influence in the decades ahead.

For countries like Ukraine—fighting for their continued existence—all of this is secondary, of course. What matters is that they are able to continue their recent victories, that the West provides them with the equipment and financial resources to be able to capitalize on those successes and that in the end they fulfill the promise of Zelensky’s speech and push the invader out of their country. Should they do that, they will be doing the world a great service. And fortunately, they are aided in this not only by the commitments of leaders like President Joe Biden and his counterparts in NATO and the EU, but by the mind-boggling ineptitude of Putin and his army.

As one Ukrainian soldier put it, “We are very lucky that they are so fucking stupid.”