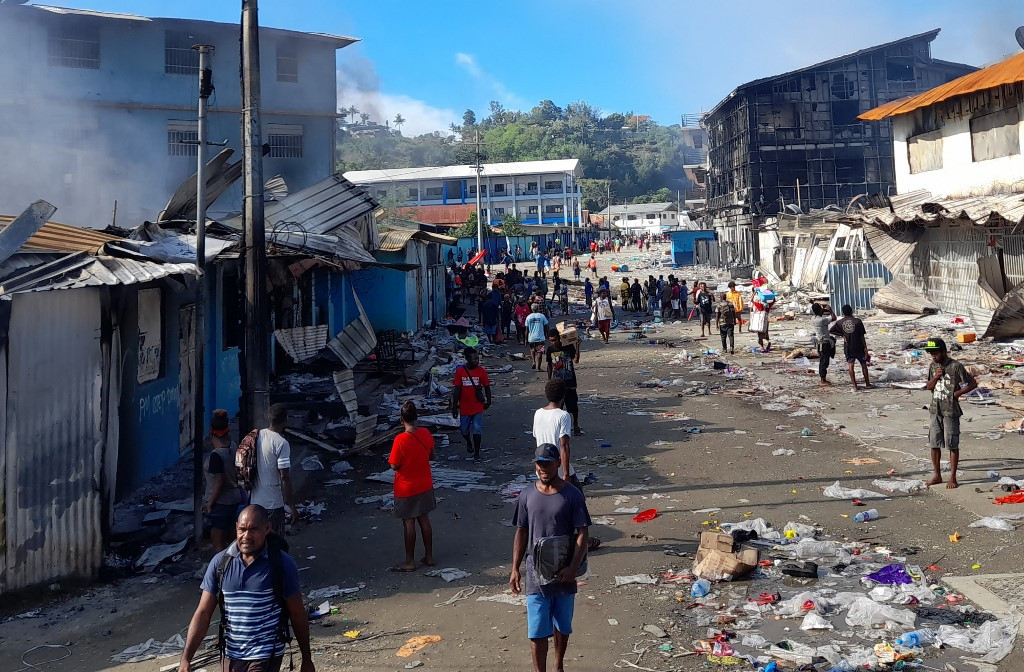 A United States coast guard vessel was unable to enter Solomon Islands for a routine port call because its government did not respond to a request to refuel and provision, a US official said.

The Solomons government did not immediately answer a Reuters request for comment. It has had a tense relationship with the US and its allies since striking a security pact with China in May.

The USCGC Oliver Henry was on patrol for illegal fishing in the South Pacific for a regional fisheries agency when it failed to obtain entry to refuel at Honiara, the Solomons’ capital, a US coast guard press officer said in an emailed statement.

The vessel was diverted to Papua New Guinea instead, the official said.

“Ships’ programmess are under constant review and it is routine practice for them to change,” a Royal Navy spokesperson said in an emailed statement. “For reasons of operational security we do not discuss details.”

The Solomons’ government and Beijing have ruled out a Chinese military base on the islands, although a leaked draft showed the security agreement would allow the Chinese navy to dock and replenish.

The fisheries agency for the Pacific Islands Forum, a block of 17 Pacific nations, has a maritime surveillance centre in Honiara, and holds annual surveillance operations for illegal fishing with assistance from Australia, the US, New Zealand and France.

The Oliver Henry had been scheduled for a routine logistics port call in Solomon Islands, said Kristin Kam, public affairs officer for the US coast guard in Hawaii.

“The government of the Solomon Islands did not respond to the US government’s request for diplomatic clearance for the vessel to refuel and provision in Honiara,” she said in a statement.

“The US Department of State is in contact with the government of the Solomon Islands and expect all future clearances will be provided to US ships.”

HMS Spey had Fiji navy officers on board as it worked alongside long-range maritime patrol aircraft from Australia and New Zealand and the US coast guard in the operation to gather information for the Pacific Islands Forum fisheries agency, the Royal Navy said in a statement on Thursday.

It carried out inspections of suspect vessels in ports as well as boardings at sea, it said.

The Royal Navy spokesman said it “looks forward to visiting the Solomon Islands at a later date”.

Tanzania, Kenya to miss out on China debt relief plan
In the South China Sea, US military projection is never the answer