Home » Blog » US-China chip war: How the technology dispute is playing out 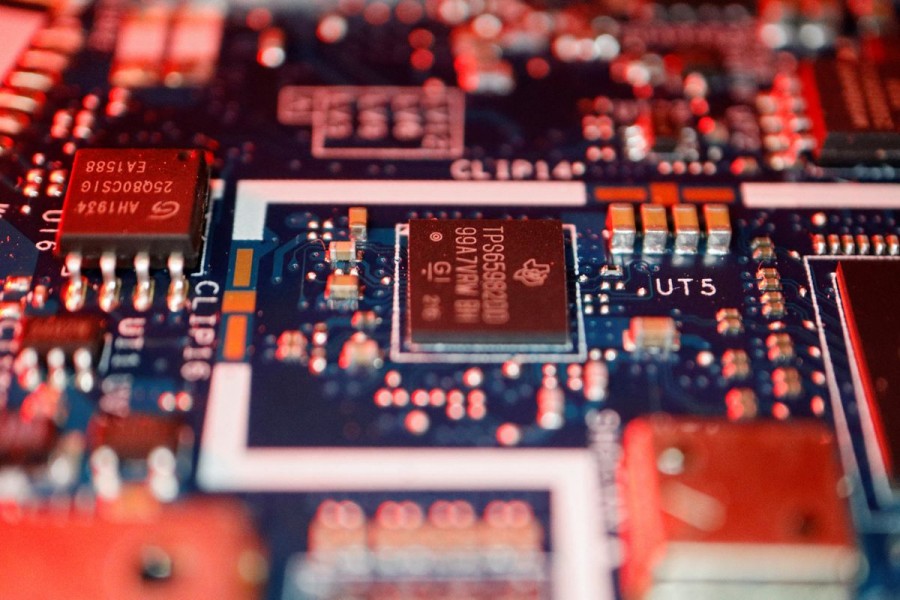 The US is rapidly ramping up efforts to try to hobble China’s progress in the semiconductor industry – vital for everything from smartphones to weapons of war.

In October, Washington announced some of the broadest export controls yet – requiring licences for companies exporting chips to China using US tools or software, no matter where they’re made in the world.

Washington’s measures also prevent US citizens and green card holders from working for certain Chinese chip companies. Green card holders are US permanent residents who have the right to work in the country.

It is cutting off a key pipeline of American talent to China which will affect the development of high-end semiconductors.

Why is the US doing this?

The US says China’s use of the technology poses a threat to its own national security.

Alan Estevez, undersecretary at the US Commerce Department announced the rules, saying his intention was to ensure the US was doing everything it could to prevent “sensitive technologies with military applications” from being acquired by China.

“The threat environment is always changing and we are updating our policies today to make sure we’re addressing the challenges,” he said.

Countries in Asia that produce chips – such as Taiwan, Singapore and South Korea – have raised concerns about how this bitter battle is affecting the global supply chain.

And there were three significant developments in the chip conflict over the past week.

It means American companies will need government permission to sell certain technologies to them, and that permission is difficult to secure.

The US restrictions have broad implications. Last week, UK-based computer chip designer Arm confirmed that it was not selling its most advanced designs to Chinese firms including tech giant Alibaba because of US and UK controls.

Arm said it was “committed to adhering to all applicable export laws and regulations in the jurisdictions in which it operates.”

China has filed a complaint against the US with the World Trade Organization (WTO) over its export controls on semiconductors and other related technology.

This is the first WTO case Beijing has brought against the US since President Joe Biden took office in January 2021.

In its WTO filing, China alleged that the US is abusing export controls to maintain “its leadership in science, technology, engineering and manufacturing sectors”.

It added that US actions threatened “the stability of the global industrial supply chains”.

The US said in response that the trade body was “not the appropriate forum” to settle concerns related to national security.

US Assistant Secretary of Commerce for Export Administration Thea Kendler said “US national security interests require that we act decisively to deny access to advanced technologies.”

The complaint specifies that the US has imposed restrictions on the export of approximately 2,800 Chinese goods, but only 1,800 of these were allowed under international trade rules.

The United States has 60 days to try to resolve the matter. If not, China will be allowed to request for a panel to review its case.

Earlier this month, the WTO ruled that US tariffs on steel and aluminium that were imposed by the US under former President Donald Trump violated global trade rules.

Two-thirds of all the goods China sells to the US are subject to tariffs.

The US said it “strongly rejects” the ruling and has no intention of removing the measures.

Talks with Japan and the Netherlands

Japan and the Netherlands could possibly impose export controls on China – limiting the ability of Japanese and Dutch companies to sell advanced products to the Chinese market.

On Monday, White House national security advisor Jake Sullivan said the US had discussions with the two major suppliers of chip making equipment around adopting similar US controls on Beijing.

“I’m not going to get ahead of any announcements,” Mr Sullivan told reporters. “I will just say that we are very pleased with the candour, the substance and the intensity of the discussions.”

From 2019: How the semiconductor shortage could be a problem for you

The US controls do not only target chipmakers. They also affect manufacturers of chip making equipment.

Big companies in Japan or the Netherlands could lose out on a large and lucrative buyer of their high end machines.

Mr Wennink said that the Dutch government, in response to US pressure, had already stopped ASML from selling its most advanced lithography machines to China since 2019.

“Maybe [the US thinks] we should come across the table, but ASML has already sacrificed,” he told Dutch media.

Analysts say US controls could put China further behind other chip producing countries, even though Beijing has openly said it wants to prioritise the manufacture of semiconductors and become a superpower in the sector.

The US has already significantly isolated China’s chip industry, even though the latest measures are not as sweeping as those announced in October.

The Tawang Clash: The View From China
Taiwan’s military has a problem: As China fears grow, recruitment pool shrinks