Home » Blog » The Tawang Clash: The View From China 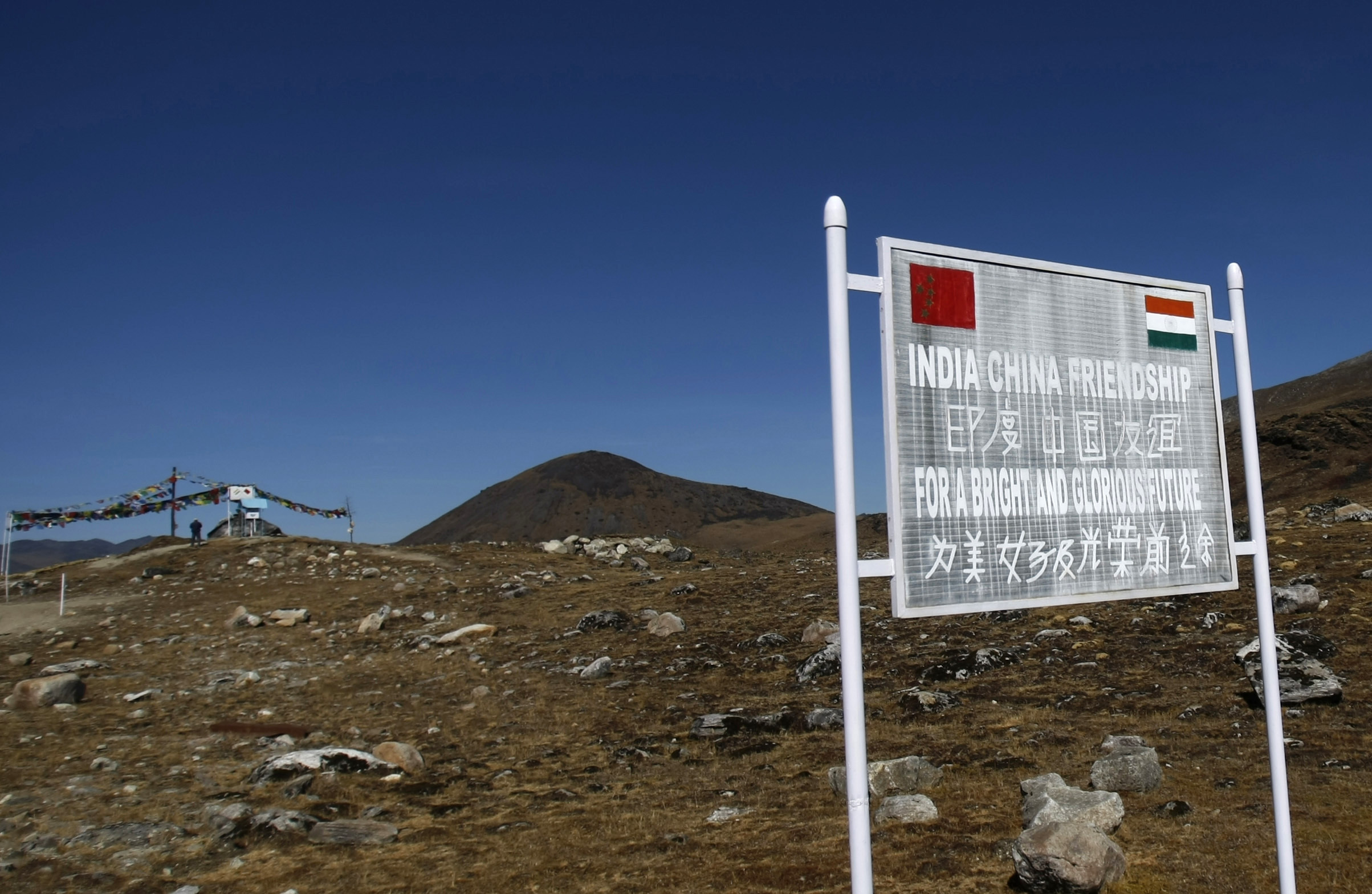 In response to questions asked at the regular press briefing about the scuffle between Chinese and Indian forces at Tawang on December 9, the Chinese Foreign Ministry spokesperson replied that “the situation along the China-India border at present is stable.”

Media reports, commentaries, and debates on China’s social, and digital media platforms, however, reveal more about the Chinese mindset toward its “unfriendly neighbor.”

On December 9, Chinese and Indian troops clashed on their disputed Himalayan border. It was the most significant incident between the nations since the violent clashes along the Line of Actual Control (LAC) in Galwan in June 2020.

In a statement, India’s Ministry of Defense said soldiers from both sides sustained minor injuries in the face-off, which took place in the Tawang sector in India’s northeastern territory of Arunachal Pradesh, a remote, inhospitable region that borders southwestern China. According to reports in the Indian press, at least six Indian troops were injured. A section of the Indian media reported that more Chinese soldiers had been injured in the scuffle.

In sharp contrast, China’s Foreign Ministry gave no details of the scuffle in Tawang but said the situation on the border with India was generally stable. “As far as we understand, the China-India border situation is stable overall,” spokesperson Wang Wenbin said, adding the two sides “maintained unobstructed dialogue on the border issue through diplomatic and military channels.” Beijing also urged New Delhi to “earnestly implement the important consensus reached by both leaders, strictly abide by the spirit of the agreements and accords signed by both sides, and together uphold the peace and tranquility of the China-India border region.”

Interestingly, both Indian and Western media reported that the Indian and Chinese troops clashed along the disputed border near the Yangtze area in Arunachal Pradesh, bordering the Tibet Autonomous Region. However, Chinese media claim the specific location of the conflict between China and India was in the Dongzhang area. This is the same area, 25 kilometers east of Xiaocun and Bangshankou, where the two sides had clashed in October 2021.

It is pertinent to recall that Bangshankou Pass is the demarcation point of actual control between China and India, and it is also the place where the People’s Liberation Army (PLA) attack was launched to control Tawang during the 1962 war. According to the Chinese reports describing the latest face-off, the demarcation line between the actual control of the two sides in the direction of Cuona-Tawang is still the Bangshankou Pass.

According to the Chinese media, Dongzhang is an extremely important frontline area in the fight against Indian encroachment in South Tibet, or Nan Zang, as Arunachal Pradesh is called in China. The Dongzhang area refers to the virgin forest valley area in the south of Langpo Township, or Langpo Xiang in Chinese (also Lampu Township), in Cuona county. The Cuona River – also called the Langbo or Dongzhang River – flows from north to south in Cuona county. It is located on the alpine plateau, a windy, cold, and dry semi-arid monsoon climate zone at the northern foot of the Himalayas. Along the river valley and the winding mountain road down to Langpo Township, it enters the humid, warm, and rainy subtropical mountainous semi-humid and humid climate zone at the southern foot of the Himalayas.

Additionally, Dongzhang waterfall is a highly respected holy place and it is believed to be the place where the Tibetan Buddhist master Padmasambhava practiced. Dongzhang is situated at the river’s narrowest point; one can actually cross it on foot during the dry season.

Chinese reports claim that in the past there used to be a wooden bridge across the river, and Chinese and Tibetan people could cross the river to receive holy water from under the waterfall. However, in 2001 the wooden bridge was lost. Subsequently, Indian troops set up a sentry point to the south of the Dongzhang waterfall. According to a long feature article written by Tang Banhu on a Chinese online news website, the Indian Army there consists of a platoon from the 19th battalion of the Jammu and Kashmir Rifles under the 40th Mountain Brigade.

Following the setting up of the Indian sentry point, Chinese troop movements have been restricted at the foot of Dongzhang waterfall viewpoint, which is located at an altitude of about 3,550 meters. Further up in the mountain, at an altitude of about 4,300 meters, is the 1.3 square kilometers Dogoer grassland, which is currently under Indian occupation. Originally a summer pasture for the local Tibetan herdsmen, the grassland has a gentle slope and abundant pasture.

According to the article by Tang Banhu, the Indian Army first entered the area in 1968. The Chinese People’s Liberation Army began carrying out regular patrols in 1988 and started bringing local herdsmen into the area for grazing – their purpose was to declare Chinese sovereignty through joint grazing and patrols. On July 6, 1999, the Chinese joint grazing team consisted of 33 people, including 13 herdsmen and 20 patrolling border guards. They brought 60 livestock into the Dogoer grassland for grazing. However, the following day they were intercepted by the Indian Army when they entered the eastern end of the Maila Pass.

Blocked by the Indian Army and unable to advance further, the herdsmen from Langbo County along with the PLA soldiers were forced to graze only at the Maila Pass. The next day, the Chinese group was surrounded by 46 Indian soldiers, who conducted searches of the Chinese tents. The Indian side also set up five tents and built fortifications. Meanwhile, more PLA border guards arrived at the spot and suddenly the situation became very serious. The situation eventually took an ugly turn and both sides got entangled in a confrontation. This led to a face-off that lasted for 82 days.

Why the December 9 Dongzhang Clash?

According to Chinese media reports, the Dongzhang area clash between the PLA and Indian Army on December 9, 2022, is just a resumption of what happened in September-October last year. Just as in 2021, this time around the PLA team consisted of about 250-300 soldiers – larger numbers as compared with 200 people in 2021 – who went to the frontline of the Dogoer grassland mountain pass with the purpose of demolishing illegal buildings. Unexpectedly, this time the PLA was confronted by a large Indian patrol team comprising 400 troops. Both sides entered a scuffle in which six Indian soldiers received serious injuries and were admitted to a hospital in Guwahati.

A quick glance at the various Chinese media reports presents three specific yet mutually exclusive explanations for the Dongzhang conflict on December 9. First, some Chinese strategic affairs analysts have tried to stitch together various neighborhood conflicts or controversies involving China in the Western Pacific, Southeast Asia, and South Asia with the expected visit to China by U.S. Secretary of State Antony Blinken, sometime early next year. These experts say the recent joint Indo-U.S. military exercise near the LAC, the Philippines-U.S. joint military exercise, and the Tawang border clash with India are all aimed at creating an atmosphere in which China will be besieged on all sides and the U.S. will have an upper hand during the Blinken visit. As the tensions between China and India escalate along the LAC, Chinese analysts predict there will appear more friction points between China and Australia, Japan, South Korea, and even Taiwan, respectively.ADVERTISEMENT

Second, given India’s increasing expansion of infrastructure building along the border with China, Chinese analysts say Beijing is compelled to take the initiative in dismantling Indian fortifications. For example, the main reason why China lost the Dongzhang waterfall to India in 2001 was a lack of roads. China did not have a single outpost or support point in the area. Now, not only has China built up a formidable border defense deployment, China has established a vast network of highways and transport networks.

Third, India’s enhancement of the logistics and transportation capabilities along the LAC in recent years, in particular in Tawang in Arunachal Pradesh, is perceived in Beijing as a growing threat. For example, at the Xishankou Pass, which the Chinese describe as the “throat” of the India-occupied Tawang, the Sela bi-lane tunnel being built by the Indian Army Border Roads Organization (BRO) at an altitude of 3,000 meters, is viewed in Beijing as a “threat” to the newly built border villages in the Dongzhang area. It is absolutely clear from Chinese media reports that Beijing is determined to carry out more such “initiatives” aimed at dismantling and even demolishing Indian infrastructure and logistics in the area.

Though at times self-contradictory, the various Chinese media reports should leave no one in doubt in India: notwithstanding China accusing the Indian side of belligerence and provocations, Beijing is determined to accelerate the frequency of border standoffs, including conflicts and skirmishes, especially along the LAC in the eastern sector. Additionally, as has been manifested during the December clashes in Tawang, China will also be aiming at carrying out larger and longer-lasting “attacks” in the future. For example, a section of the Chinese media prominently highlighted the current clashes in Tawang as involving an inflated 1,000 troops from the two sides, stating the number of Indian troops involved in the clash to be as high as 600.

By blaming India for initiating the border clash around this time of year – a historically rare occurrence in winter – China has once again displayed “deception diplomacy” in launching one of the biggest attacks along the LAC in recent years. No wonder the Chinese side did not make any attempt to hide that they were not surprised by the incident at Tawang. Consider, for example, the observation made by a well-known Chinese specialist on relations with India, Professor Lin Minwang, who said in a statement on Monday, “In a way, it was not surprising that both sides would clash in the eastern section of the border.”

China Council for International Cooperation on Environment and Development (CCICED)
US-China chip war: How the technology dispute is playing out