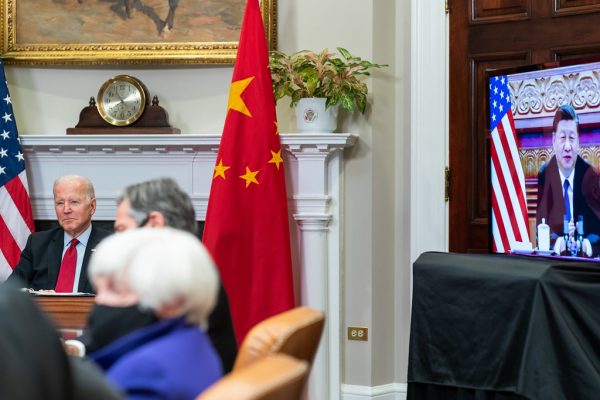 The Cold War’s end was supposed to mark the beginning of a path toward a new Europe and a safer world order. Instead, euphoria and triumphalism went to Western leaders’ heads, with consequences that are now visible to all.

MOSCOW – As 2014 comes to a close, it is clear that the European and international political structures that have been in place since 1989 have failed the test of time. Indeed, the world has not witnessed such a tense and fraught environment since the Cold War’s end, with bloodshed in Europe and the Middle East coming against the backdrop of a breakdown in dialogue between major powers. The world, it appears, is on the brink of Cold War II. Some even say that it has already begun.

Meanwhile, the world’s key international body – the United Nations Security Council – is scarcely playing a role or taking concrete action to stop the fires and the killing. Why has it not acted with determination to evaluate the situation and develop a program of joint action?

One primary reason, I believe, is that the trust created by hard work and mutual effort in ending the Cold War has collapsed. Without such trust, peaceful international relations in today’s globalized world are inconceivable.

But this trust was not undermined only yesterday; it happened long before. The roots of the current situation lie in the events of the 1990s.

The Cold War’s end was supposed to mark the beginning of a path toward a new Europe and a safer world order. But, instead of building new European security institutions and pursuing the demilitarization of Europe – as promised in NATO’s London Declaration of 1990 – the West, particularly the United States, declared victory. Euphoria and triumphalism went to Western leaders’ heads. Taking advantage of Russia’s weaknesses and the lack of a counterweight, they refused to heed warnings against claiming a monopoly on global leadership.

The events of the past few months are the consequences of shortsightedly seeking to impose one’s will while ignoring the interests of one’s partners. A shortlist of such faits accomplis would include NATO enlargement, the war in Yugoslavia (particularly Kosovo), missile-defense plans, Iraq, Libya, and Syria. As a result, what was a blister has now turned into a festering wound.

And it is Europe that suffers the most. Instead of leading change in a globalizing world, the continent has turned into an arena of political upheaval, competition for spheres of influence, and military conflict. The consequence, inevitably, is that Europe is weakening at a time when other centers of power and influence are strengthening. If this continues, Europe will lose its influence in world affairs and gradually become irrelevant.

Fortunately, the experience of the 1980s suggests a way forward. The international situation at the time was no less dangerous than it is today. Yet we succeeded in ameliorating it – not just normalizing relations but ending the Cold War confrontation itself. This was achieved primarily through dialogue. But the key to dialogue is political will and setting the right priorities.

Today, the foremost priority should be dialogue itself: a renewal of the ability to interact, listen to, and hear one another. Promising signs are now emerging, though initial efforts have yielded only modest and fragile results: the Minsk agreement on a ceasefire and military disengagement in Ukraine; the trilateral gas agreement concluded by Russia, Ukraine, and the European Union; and a halt to the escalation of mutual sanctions.

We must continue to move from polemics and mutual accusations to a search for points of convergence and a gradual lifting of sanctions, which are damaging to both sides. As a first step, the so-called personal sanctions that affect political figures and parliamentarians should be lifted, so that they can rejoin the process of seeking mutually acceptable solutions. One area for interaction could be to help Ukraine overcome the consequences of fratricidal war and rebuild the affected regions.

The same is true of global challenges and pan-European security. Today’s key global problems – terrorism and extremism, poverty and inequality, climate change, migration, and epidemics – are worsening daily. And, as different as they are, they share one key feature: none has a military solution. Yet political mechanisms to solve these problems are lacking or dysfunctional, even as the continuing global crisis should persuade us to seek – without delay – a new model that can ensure political, economic, and environmental sustainability.

As for Europe’s security, only a pan-European solution is viable. Indeed, attempts to address the problem by enlarging NATO or through an EU defense policy are counterproductive. We need more inclusive institutions and mechanisms that provide assurances and guarantees to all.

Here the Organization for Security and Cooperation in Europe, to which a lot of hope was attached, has so far not been up to the task. That does not mean that the OSCE should be replaced with something new – especially since it has now assumed important control functions in Ukraine. But the OSCE is, I would say, an edifice that requires major repairs and some new construction.

Years ago, former German Foreign Minister Hans Dietrich Genscher, former US National Security Adviser Brent Scowcroft, and other policymakers proposed creating a Security Council, or Directorate, for Europe. I agreed with their approach. Along the same lines, during Russian Prime Minister Dmitri Medvedev’s presidency, he called for the creation of a mechanism for European preventive diplomacy and mandatory consultations in the event of a threat to any state’s security. Had such a mechanism been established, the worst events in Ukraine could have been averted.

Political leaders are, of course, to blame for filing away these and other “European ideas” in the archives. But the blame must also be shared with the entire European political class, civil-society institutions, and the media.

Though I am, by nature, an optimist, I have to admit that it is very difficult not to be pessimistic as 2014 comes to a close. Nonetheless, we must not submit to panic and despair, or allow ourselves to be drawn into a vortex of negative inertia. The bitter experience of the past few months must be transformed into the will to reengage in dialogue and cooperation.

This is my appeal to our leaders, and to all of us, for 2015: Let us think, propose, and act together.