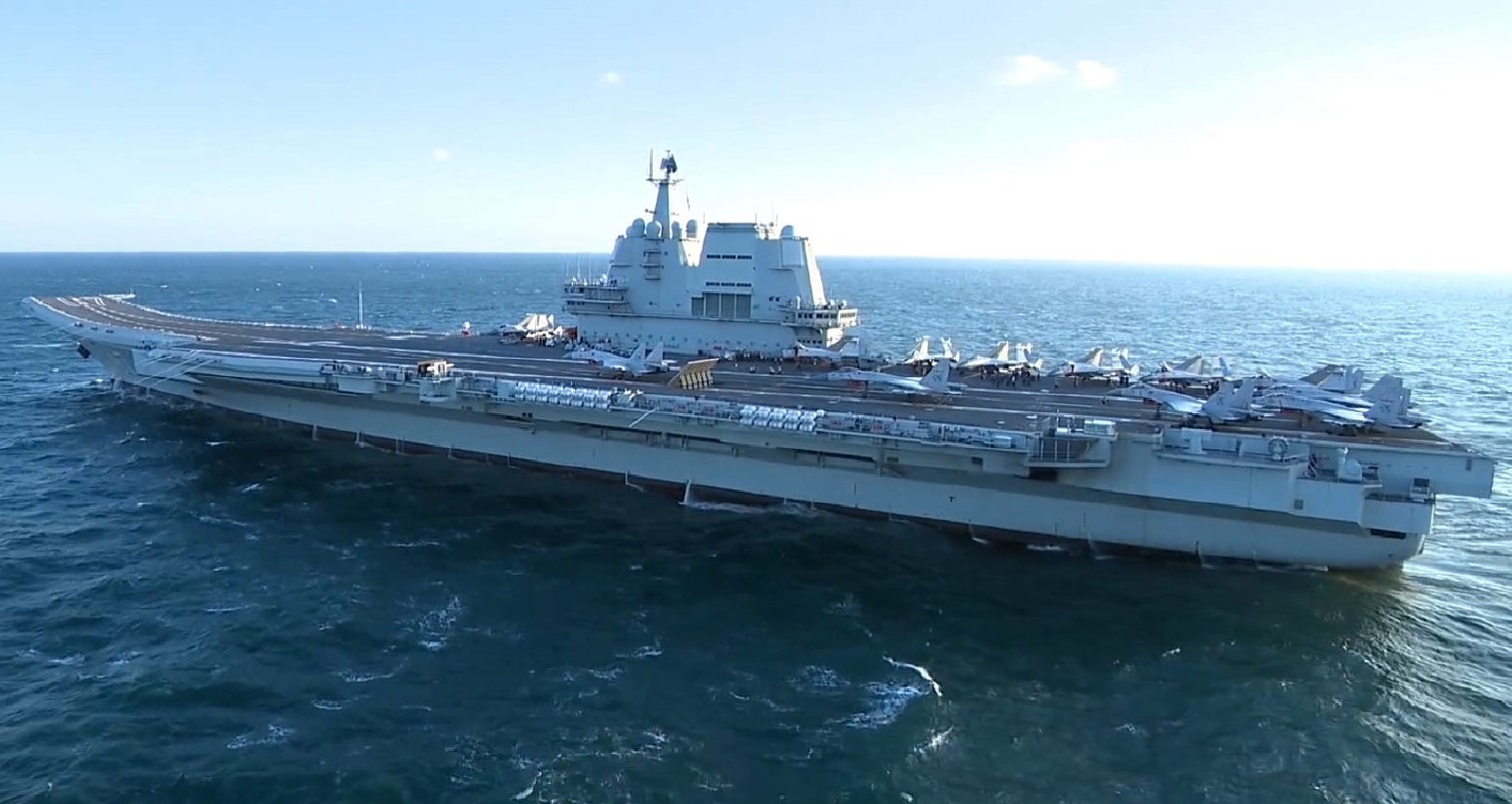 The aircraft carrier Shandong conducted realistic combat-oriented exercises in an undisclosed area in the South China Sea in early autumn to comprehensively test the force’s combat capabilities, the PLA South Sea Fleet said in a press release on Wednesday.

During the drills, the Shandong hosted takeoff and landing operations of J-15 carrier-based fighter jets, and practiced replenishment-at-sea operations, according to the press release.

This means the Shandong practiced in a flotilla consisting of full combat elements, and such a carrier combat group configuration is basically the same as the one that would be used in a real operation, a Chinese military expert who requested anonymity told the Global Times on Thursday.

Previously, the aircraft carrier Liaoning, the PLA Navy’s first aircraft carrier, led a group reportedly consisting of a Type 055 large destroyer, three Type 052D destroyers, a Type 052C destroyer, a Type 054A frigate and a Type 901 comprehensive supply ship for a far sea exercise in the West Pacific in May.

Generally speaking, a nuclear-powered attack submarine would also be part of an aircraft carrier group, the expert noted.

The Shandong reportedly underwent maintenance earlier this year at the shipyard where it was built. It is now ready for far sea operations, analysts said.

As China’s first domestically built aircraft carrier and the second one overall, the Shandong entered service with the PLA Navy on December 17, 2019 in Sanya, South China’s Hainan Province.