LIV Golf ‘is set to sign Open champion Cameron Smith as part of the next influx of seven defectors from the PGA Tour’ – with world No. 2’s move a major coup as the highest-ranked addition 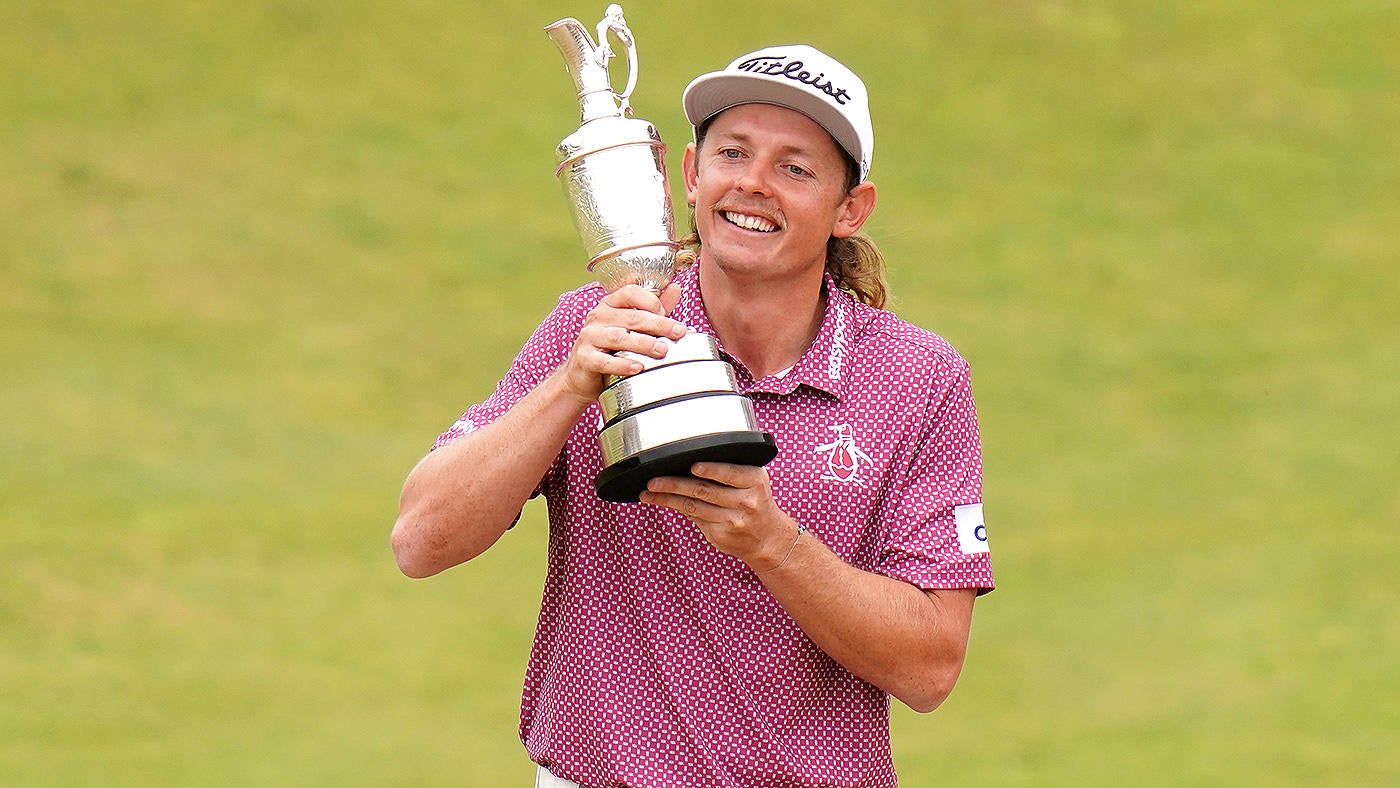 Australian Cameron Smith and Harold Varner III are among the next wave of golfers planning to defect to the upstart LIV Golf Series, according to multiple reports.

World No. 2 Smith would become easily the highest-ranked signing in a major coup for the controversial breakaway Saudi-backed league which is led by countryman Greg Norman.

The pair, along with Aussie Marc Leishman, Joaquin Niemann of Chile, Cameron Tringale and Anirban Lahiri of India, are reportedly expected to play in next week’s LIV event outside Boston.

Chilean Mito Pereira is also expected to make the move but will not play in the LIV event next week. Golf Channel first reported the moves.

Smith, who won The Open last month, has been the subject of rumors about jumping to the upstart tour for weeks. He also won The Players Championship in March.

The latest move to LIV Golf is set to have a big impact on the Presidents Cup.

Smith, Leishman and Niemann would likely not be allowed to play on the International team against the United States in the Presidents Cup in North Carolina in late September as the PGA Tour has suspended defectors.

Smith and Niemann both earned automatic berths into the Presidents Cup next month in North Carolina. Niemann is the No. 18 player in the world.

Varner is ranked 44th but has yet to win a tournament on the PGA Tour. Lahiri is a seven-time winner on the Asian Tour and has won twice on the DP World Tour.

Smith again declined to comment after completing his third round in the PGA Tour’s season-ending Tour Championship in Atlanta on Saturday.

A two-under 68 left Smith tied 18th and 11 shots behind the leader, world No. 1 Scottie Scheffler, all but out of contention for the $18million Fed Ex Cup first prize and PGA Tour player of the year honors despite his wonderful three-win season.

Pereira, another automatic Presidents Cup pick, posted on Instagram on Saturday: ‘Happy and honored to be part of the International Presidents Cup team.’

Trevor Immelman seemed resigned to losing some stars as his team chases only its second win against the powerhouse US side in the 14th staging of the Presidents Cup.

‘I was chosen by our players to lead the International team to the best of my abilities, and I will carry out this honor fully,’ Immelman said in a statement to GolfChannel.com.

‘All I can control is the experience the 12 players who want to be at the Presidents Cup will have. My wife and I along with our support staff have dedicated two years of our lives to making this Presidents Cup an amazing week for our players, caddies and families.’

The next LIV Golf event — the fourth of eight on its schedule in 2022 — is The International in Boston from September 2-4.

The Firepit Collective report claimed that seven more stars were due to switch from the PGA Tour to the LIV Tour last week and the move was set for after the FedEx Cup next week.

Meanwhile, LIV Golf joined the lawsuit against the PGA Tour on Saturday as the breakaway series argued its ‘ability to maintain a competitive presence will be destroyed’ if it fails to win the case.

Although four rebels – Carlos Ortiz, Abraham Ancer, Pat Perez and Jason Kokrak – have pulled their names from the lawsuit, filed by LIV Golf players against the PGA Tour.

That left seven players, including Phil Mickelson and Bryson DeChambeau, along with LIV Golf as plaintiffs in the antitrust lawsuit, originally filed by 11 players on August 3.

An amended complaint was filed Friday afternoon in the US District Court in Northern California.

Golf has been in the headlines for months following the introduction of the controversial Saudi-backed LIV Golf Series, rivaling the traditional PGA Tour in the men’s game.

The event is supported by Saudi Arabia’s Public Investment Fund (PIF). It has led to players facing criticism for taking part in it due to the kingdom’s dismal human rights record, while detractors have also labeled the competition as ‘sportwashing’.