Home » Blog » It’s just a first step, but this new Alzheimer’s drug could be a huge breakthrough 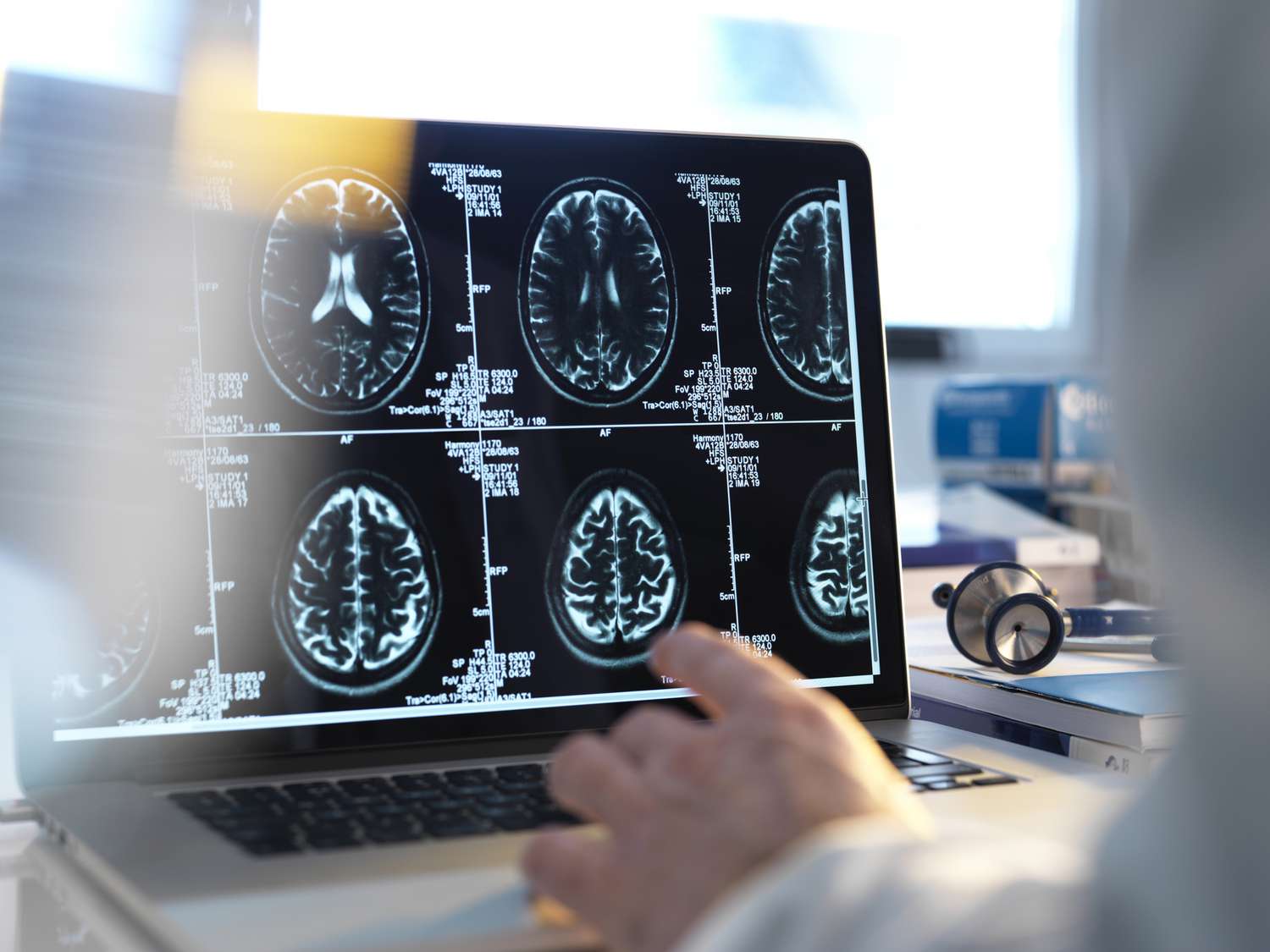 t is 20 years since the last drug for Alzheimer’s was licensed in the UK. Since then, huge advances have been made in our understanding of the disease’s causes. Better diagnostic tests are available, and we may now be on the cusp of new treatments that could have an impact on some of the fundamental brain changes thought to lead to dementia. This morning, the results of a long-awaited trial of a promising new drug, lecanemab, were published in the New England Journal of Medicine. It could have beneficial effects for Alzheimer’s sufferers, although there are some caveats.

Dementia is defined as an acquired, progressive cognitive impairment that interferes with a person’s normal activities. In the UK, it affects more than 900,000 people and is the leading cause of death. Alzheimer’s Research UK puts the cost of caring for people with dementia at more than £25bn a year. As the population ages, those numbers will increase. In the UK alone, estimates suggest that about 1.6 million people will be affected by dementia by 2050.

Just as there are many causes of cancer, so there are many causes of dementia: Alzheimer’s is the most common, accounting for about two-thirds of cases. The disease is particularly associated with the abnormal accumulation of two proteins in the brain: beta-amyloid, which is deposited outside nerve cells; and tangles of tau, which accumulate within them. Most experts think accumulation of beta-amyloid triggers a process that includes inflammation and tau buildup, leading to brain cell death and alterations in brain chemistry. Ultimately, this causes symptoms: typically, people experience progressive impairment of their day-to-day memory, followed by loss of their other cognitive functions. This leads to dependence, and finally – and inevitably – to death, on average six to seven years after diagnosis.

Today, beta-amyloid can be detected via PET brain scans, spinal fluid examination or blood tests (although the latter aren’t yet commonly used). The buildup of this protein starts perhaps 20 years before symptoms occur, and around 20% of healthy, asymptomatic 70-year-olds have significant brain beta-amyloid deposition. While this has led some scientists to question the toxicity of beta-amyloid, others view this long, pre-symptomatic period as an opportunity – a time when intervention could prevent the onset of cognitive decline.

The central role that scientists believe beta-amyloid plays in Alzheimer’s has made it a key target for drug development. As far back as 1999, a paper in the journal Nature reported that vaccination could remove beta-amyloid from the brains of mice. Since then, similar approaches have since been tested in humans. Until recently, these attempts were dogged by depressing failures. Multiple drugs failed to show clinical effects, and were variably complicated by side-effects including brain swelling and bleeding. One drug, aducanumab was controversially licensed in the US last year on the basis of its beta-amyloid lowering capabilities, although questions remain over whether the drug affects cognitive abilities, and so far it has not been licensed in Europe.

When given to patients with early Alzheimer’s disease, lecanemab not only removed beta-amyloid from patients’ brains, but slowed cognitive decline by about 27% over 18 months. While the trial duration was too short to know for certain, changes in other disease markers hint that beta-amyloid removal may be associated with the slowing of other pathological processes, too. The drug’s manufacturer, Eisai, will soon file for regulatory approvals in the US and Europe, and decisions are expected before the end of next year. Hot on its heels, definitive trials of another similar drug, Eli Lilly’s donanemab, are expected in 2023.

It is a remarkable achievement that we now have drugs that have an impact on key underlying biological processes and produce at least some beneficial effects on cognition. As a minimum it establishes that Alzheimer’s is potentially treatable – and perhaps one day even preventable, if we could identify and treat individuals who might benefit before symptoms start. But there are important caveats. First, lecanemab’s effects on cognition appear to be modest, and there is already debate about whether these effects will have a meaningful benefit for patients.

Longer-term followup is vital; if the drug really does slow the disease process, its benefits may become clearer with time. Second, as with any therapy, benefits need to be balanced against risks. Some mild, asymptomatic changes were seen on the MRI scans of almost a quarter of patients treated with lecanemab. While no excess deaths were reported in those on treatment, some concerns have been raised about problems that could arise when lecanemab is used in combination with blood thinners or clot-busting treatments.

Nor are the NHS or most other healthcare systems anywhere near ready to deliver these drugs. While some specialist centres have the capabilities required, the wider NHS simply does not have the infrastructure or staff to diagnose potentially eligible patients. (PET scans that can detect beta-amyloid aren’t routinely available on the NHS.) Nor do many clinics have the capacity to deliver the drug, which is given by infusion every two weeks, or to perform and read multiple MRI safety scans. Then there is cost: even if a drug were licensed, it is not certain that it would meet the demanding evaluation of cost-effectiveness required by the National Institute for Health and Care Excellence (Nice).

We have, however, been down this road before. Stroke services, once fragmented and disorganised, were radically transformed to deliver emergency “clot-busting” therapies when their benefits became clear. Cancer patients are already diagnosed and monitored using PET scans. And numerous immunotherapies, many of which require intensive monitoring for potentially dangerous side-effects, are used in the NHS.

If lecanemab does get licensed in the UK, and even if it is only initially available to a small number of patients, it will still be a major breakthrough. Funding for dementia research still lags far behind cancer and cardiovascular disease. Further investment will be vital, as no single drug will be a magic bullet. As with cancer, HIV and heart disease, it is likely that multiple different treatment approaches will be required. While scientists continue to debate the role of beta-amyloid, there are many other potential avenues to explore: of the 140-plus drugs in more than 170 ongoing trials in Alzheimer’s worldwide, three-quarters are targeting other aspects of the disease.

The pressures on the NHS are already enormous, but we must prepare for a time when – not if – new treatments become available. We need to provide better care for our patients now, and prepare to offer them new therapies in the future. This is a major challenge – and with an Alzheimer’s epidemic looming, it’s one we cannot ignore. 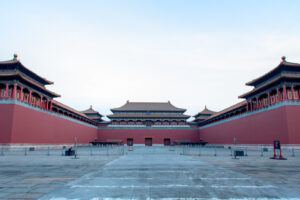 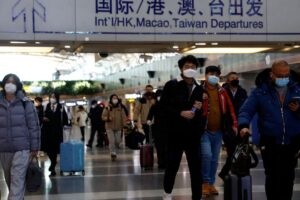 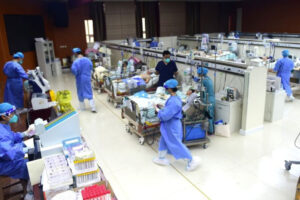 Analysis: As COVID soars, China has 2 chains of command