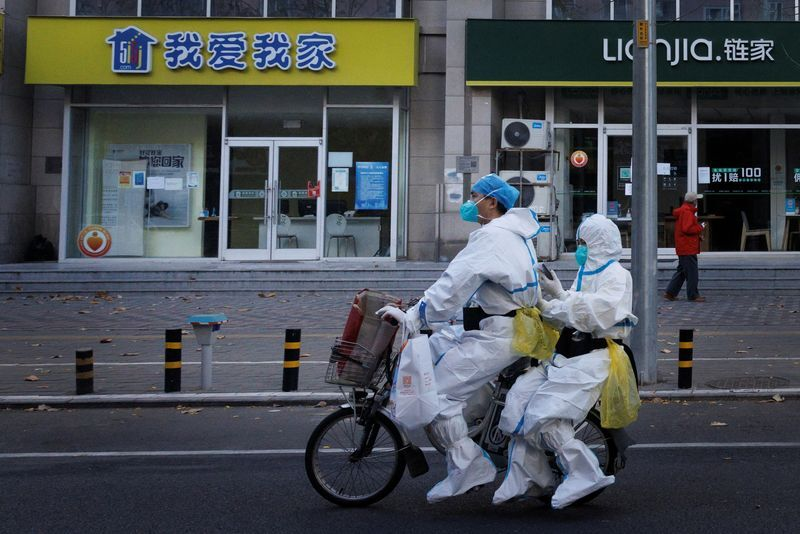 A rise in the number of new COVID-19 infections in China prompted the commercial hub of Shanghai to abruptly cancel an auto industry event on Wednesday, creating more uncertainty about the reopening plans of the world’s second largest economy.

The rise in cases is testing China’s resolve to stick to recent tweaks recently made to its COVID rules, putting pressure on local authorities to stamp outbreaks without one-size-fits-all measures such as mass lockdowns.

Chengdu, with 428 cases on Tuesday, became the latest city to announce mass testing from November 23 to November 27.

Officials specifically mentioned the high incidence of cases in Beijing’s upscale Chaoyang district and urged its 3.5 million residents “to not go out the area unless necessary.”

Shanghai also announced that people may not enter venues such as shopping malls and restaurants within five days of arriving in the city.

China’s top auto association said on Wednesday it would cancel the second day of the China Automotive Overseas Development Summit that was taking place in Shanghai, citing the deteriorating COVID-19 situation.

In Shenzhen, residents must present a negative test within 48 hours or a record of already taking a COVID test within 24 hours from November 24 to enter airports, railway stations and bus stations.

While China’s infection numbers are low by global standards, the country continues to stick with its outlier zero-COVID approach, fueling widespread public frustration and inflicting damage on the world’s second-largest economy.

Investors are also worried that this latest wave of infections might slow the reopening of the economy.

“The next few weeks could be the worst in China since the early weeks of the pandemic both for the economy and the healthcare system,” said analysts at Capital Economics.

“Efforts to contain the current outbreak will, at the very least, require additional localized lockdowns in many cities, which will further depress economic activity.”

Major manufacturing hubs Chongqing and Guangzhou have seen persistently high numbers for days, accounting for most of China’s total caseload.

Cases in Guangzhou fell slightly on Tuesday to 7,970 and authorities have said infections continue to be concentrated in key areas of Haizhu, which extended its COVID-19 restrictions in some areas to November 27.

The US is beating China in the battle for semiconductors