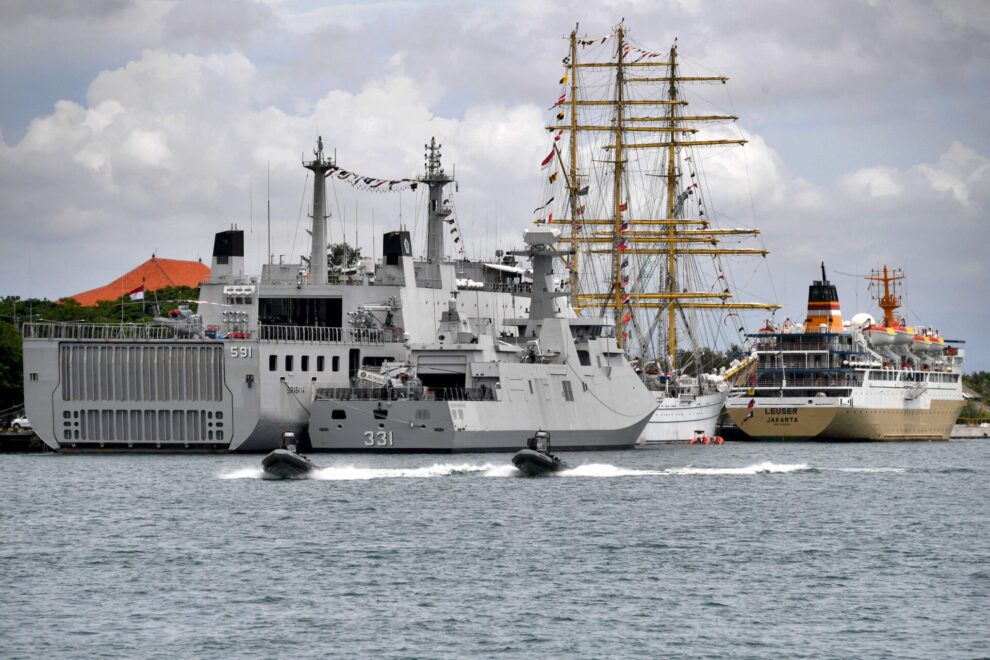 A warship, maritime patrol plane and drone have been deployed to monitor the Chinese vessel in the North Natuna Sea.

Indonesia has deployed a warship to its North Natuna Sea to monitor a Chinese coast guard vessel that has been active in a resource-rich maritime area both countries claim as their own, the head of the country’s navy has said.

A warship, maritime patrol plane and drone have been deployed to monitor the Chinese vessel, Laksamana Madya Muhammad Ali, the chief of the Indonesian navy, told the Reuters news agency on Saturday.

“The Chinese vessel has not conducted any suspicious activities. However, we need to monitor it as it has been in Indonesia’s exclusive economic zone (EEZ) for some time,” he said.

China’s CCG 5901 is the world’s largest coast guard vessel and is nicknamed the “the monster” due to its size. The United Nations Convention on the Law of the Sea (UNCLOS) gives vessels navigation rights through an EEZ.

But the presence of the well-known Chinese vessel may signal increasing Chinese assertiveness and comes after Vietnam and Indonesia concluded an agreement on the boundaries of their EEZs in the area. Indonesia also recently approved a development plan for the Tuna gas field, involving an estimated investment of more than $3bn to commence production.

In 2017, Indonesia renamed the northern reaches of its exclusive economic zone as the North Natuna Sea. This was part of a push back against China’s maritime territorial ambitions and claims in the South China Sea. Indonesia maintains that under UNCLOS, the southern end of the South China Sea – since renamed North Natuna Sea – is its exclusive economic zone.

Vessels from Indonesia and China shadowed each other for months in 2021, near a submersible oil rig that had been performing tests in Indonesia’s gas-field development area. At the time, China urged Indonesia to stop the test drilling, claiming the activities were taking place in its territory.

China claims the Indonesian maritime area is within its expansive territorial claim in the South China Sea, which is marked by a U-shaped “nine-dash line”. That Permanent Court of Arbitration in the Hague found the nine-dash line to have no legal basis in 2016.

A spokesperson for the Chinese embassy in Jakarta was not immediately available for comment.