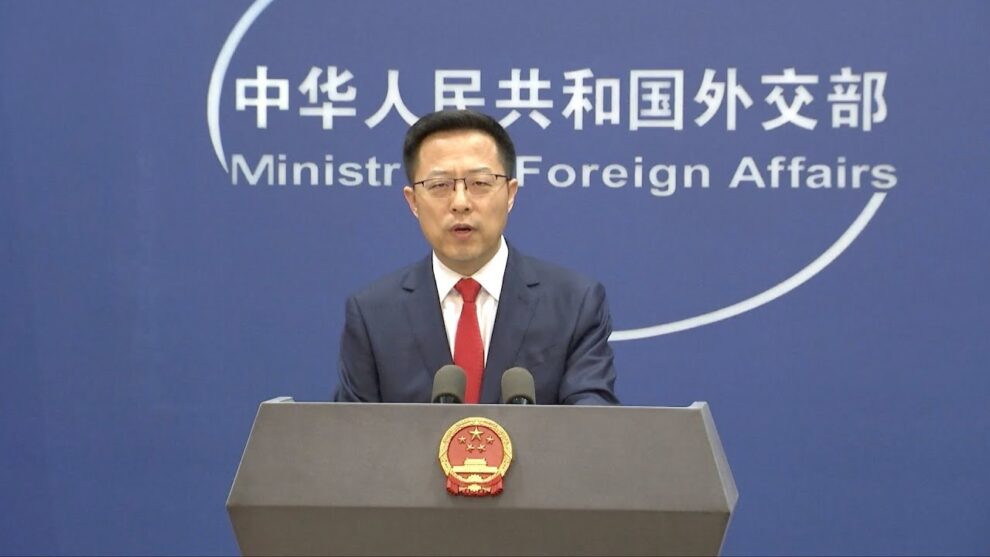 “We stress again that the UK has been ignoring the fact that Hong Kong has long returned to its motherland. It keeps publishing the so-called six-monthly reports on Hong Kong. This grossly interferes in Hong Kong affairs, which are China’s internal affairs, and seriously violates international law and basic norms governing international relations. China firmly rejects it,” Wang said at a regular news briefing.

Since Hong Kong’s return, the Chinese government has fully, faithfully, and resolutely implemented the policy of one country, two systems, under which the people of Hong Kong administer Hong Kong with a high degree of autonomy. Hong Kong residents enjoy far more rights and freedoms in accordance with the law than they did before 1997, Wang said.

“Anyone unbiased would agree that the national security law and the improved electoral system for Hong Kong has enabled it to enter a new stage in which Hong Kong has restored order and is set to thrive,” he said.

“The UK has no sovereignty, no jurisdiction and no right of supervision over Hong Kong after its return to China,” Wang said, adding that the legal basis for the Chinese government’s governance of Hong Kong is China’s Constitution and the Basic Law of the Hong Kong Special Administrative Region (SAR), not the Sino-British Joint Declaration.

Despite Hong Kong people’s shared desire for a safe and stable Hong Kong, the UK continues to smear the central government’s governance of Hong Kong, denigrate the SAR government’s lawful administration, undermine the rule of law in the SAR and openly endorse illegal anti-China elements who attempt to create chaos in Hong Kong such as Jimmy Lai, all in the name of democracy, freedom, human rights and rule of law, he said.

“Such hypocrisy will lead nowhere. We urge the UK to grasp the historical trend, wake up from its colonial dream, respect China’s sovereignty, and stop meddling in Hong Kong affairs, which are China’s internal affairs, otherwise it will only end up shooting itself in the foot,” the spokesperson said.

Does China want nuclear superiority?
A Guide To Contemporary China