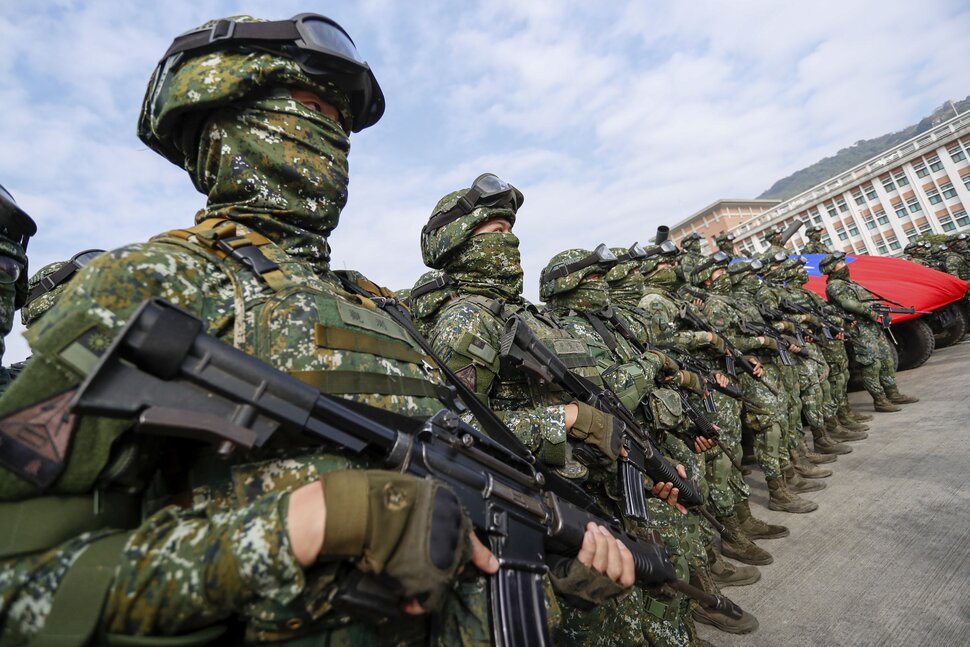 Dramatic escalations in Japan’s own military investments combined with new security cooperation with the U.S. announced this week prompted new warnings from Beijing.

China on Thursday signaled plans to retaliate militarily to new security initiatives between Japan and the U.S., warning that the allies’ accelerated cooperation will create new threats for themselves in the region.

Citing a Chinese military analyst, the English-language Global Times newspaper warned that if Japan continued dramatic increases in military spending and new security postures coordinated with the U.S. – particularly with regard to Taiwan – then the Chinese military “is sure to take countermeasures, including holding more exercises and patrols in international waters and airspace around Japan.”

It cited another analyst who said the new partnership “actually puts Japan in a riskier and more sacrificial position” in the region.

Though not a direct mouthpiece of the Chinese Communist Party, the paper is aligned with its views. U.S. officials and analysts believe it often publishes what officials in Beijing choose not to say publicly.

The new threats, piling on to more subtle public warnings from Chinese military officials, come as the U.S. and Japan this week begin unveiling results of a new initiative to better prepare to confront Beijing militarily – especially in light of China’s stated ambition to seize control of the independent nation of Taiwan, which it considers a breakaway province.

Japan’s top diplomatic and military officials beginning Wednesday met in Washington, D.C., with their American counterparts ahead of a high-profile visit by Prime Minister Fumio Kishida to the White House on Friday. Known as a “2+2” summit, the group in a press conference at the State Department late in the day praised Japan’s decision to begin breaking from its historically pacifist stance – codified in its constitution since after World War II – and invest in its military to look more like those of other highly developed nations as well as prepare it to take on the increasingly bellicose challenges presented by regional powers, namely China and North Korea.

Defense Secretary Lloyd Austin as an example announced that the U.S. would reconfigure the 12th Marine Regiment currently based in Okinawa to make it “more lethal, more agile, more capable” in the coming years. The news represented the latest example of ongoing plans the U.S. has reportedly considered in recent weeks to deter but not provoke China, which the administration refers to as America’s main “pacing challenge” in the region.

The news follows massive changes in Japan’s defense footing under its new administration, including a radical new security strategy that invests 2% of its gross domestic product in the military over the next five years with a particular focus on developing weapons and tactics appropriate for a conflict with China.

Wang Wenbin, a spokesman for China’s Foreign Ministry, using carefully crafted language warned in a press conference early Thursday that any new forms of cooperation between the two powers should not harm the interests of any other countries in the Indo-Pacific or the region’s current peace and stability.

Analysts similarly expect that the new initiative orchestrated by Washington and Tokyo will, predictably, enrage Beijing and elicit a dramatic response.

“Any increase in Japan’s military strength will thus be met with concerns from its neighbors by fundamentally changing the security status quo in the region, with China and North Korea being the most upset,” private intelligence firm RANE concluded in a new analysis note, published after Wednesday’s announcements.

However it added that initial Chinese retaliation would likely begin economically with attempts to isolate China’s massive markets from Japanese products.

It notes, though, that Japan is currently the only country in the world that has formally given up the right to declare war and that a change in that footing will both address and contribute to a changing security dynamic in the region.

“By increasing its defense budget and military capabilities, Japan is not necessarily preparing for an imminent war, but rather ensuring it can be more proactive in enforcing its maritime territory against North Korean (and Chinese) threats without needing the United States’ sign-off on every action, like every other ‘normal’ sovereign nation,” it writes. “Up until recently, China and North Korea were not threats to Japanese sovereignty, as China was not developed enough, and North Korea was primarily concerned with the potential for a peninsular conflict.

“Current Japanese leadership is able to use the increasing threats from North Korea and the potential for Tokyo to be pulled into a Taiwanese conflict to justify the increase in defense spending,” according to RANE, “whereas those threats did not exist before.”

US carrier strike group begins operating in South China Sea as tensions with China simmer
Japan, US and Europe must act together on China, PM Kishida says