China Says Taiwan Issue Could Take It to ‘War’ With U.S. 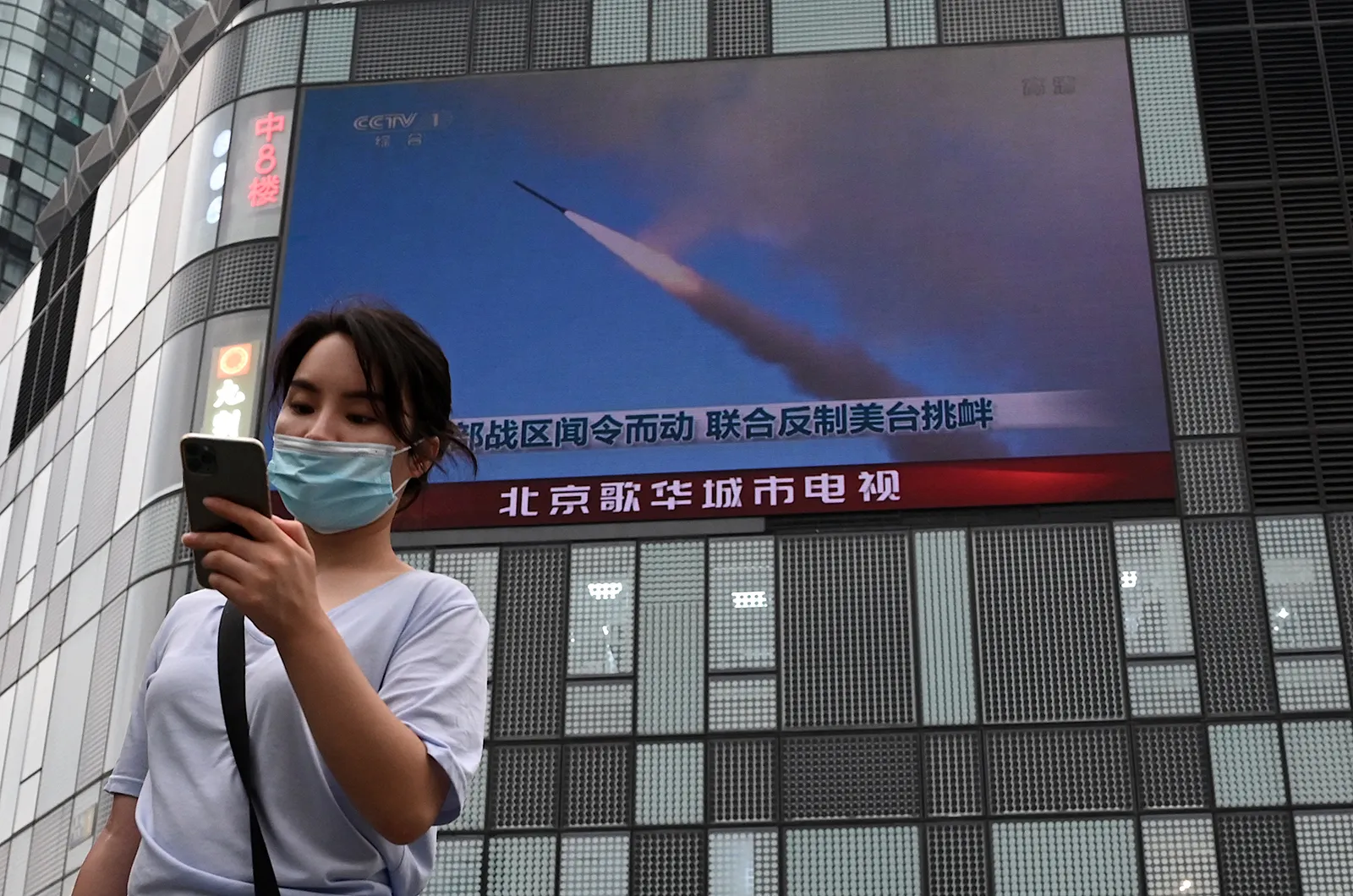 Asenior Chinese official has warned that differences over Taiwan, if not managed properly, had the potential to spark an all-out confrontation between China and the United States.

“Taiwan is one of the very few issues that might take China and the United States to conflict or even a war,” Jing Quan, minister of the Chinese embassy in Washington, D.C., told reporters during a virtual press conference Friday.

Given the sensitive nature of the issue, he argued that “extra caution and a sense of responsibility is indispensable when it comes to Taiwan.”

“The right way for China and the U.S. to get along is to follow the spirit of mutual respect, peaceful coexistence, avoidance of confrontation and win-win cooperation,” Jing said. “But it requires joint efforts of the two sides.”

Chinese officials have accused the U.S. of eroding commitments its One China policy, established alongside three joint communique that served as the basis for Washington’s relationship with Beijing. The U.S. established diplomatic relations with China in 1979 and cut official ties with Taiwan, though it has maintained informal relations in the form of political contacts and military support that has expanded in recent years.

In the latest flare-up of already tense bilateral relations between Washington and Beijing, U.S. House Speaker Nancy Pelosi traveled to Taiwan, which China continues to claim as part of its territory. After repeated warnings, China responded to the trip by staging the largest-ever People’s Liberation Army exercises around Taiwan, including air and sea drills and live-fire launches that saw missiles fly over the disputed island.

The U.S. urged calm and has sought to downplay the significance of Pelosi’s visit, the first of its kind for a House speaker in 25 years, in a bid to avoid a crisis. But China has reacted strongly on the diplomatic front as well, including canceling talks and meetings between the two militaries and suspending cooperation on the repatriation of illegal immigrants, legal assistance in criminal matters, against transnational crimes, counter-narcotics and discussions on climate change.

Jing said Pelosi’s visit “has a severe impact on the political foundation of China-U.S. relations, seriously infringes upon China’s sovereignty and territorial integrity, and gravely undermines peace and stability across the Taiwan Strait.”

Even with tensions mounting, however, he called for a return to cooperation between the world’s two leading powers.

“With both COVID-19 and the Ukraine conflict growing into protracted crises, it is high time for China and the United States to strengthen cooperation and work with other countries to find solutions,” Jing said. “We should work together but not provoke the other side.

“Instead, some politicians choose to damage China’s core interests, either to seek the limelight or to cement their political legacy,” he added. “Their actions will only erode China-U.S. relations and put our peoples and militaries in dangerous situations.”

And Jing asserted that “it is the U.S. that is provoking China and creating tension.”

Speaking directly to Jing’s remarks, White House National Security Council Strategic Communications Coordinator John Kirby said, however, that “it’s the Chinese that have been issuing bellicose rhetoric and threats, it’s the Chinese that are trying to ramp up tensions and pressures and the military sphere as some sort of a pretext to escalate the tensions.”

Even as many observers began to declare the situation the Fourth Taiwan Strait Crisis, Kirby asserted that escalation was not warranted.

“We’re not seeking a crisis,” he added, “and quite frankly, there’s no reason for a crisis.”