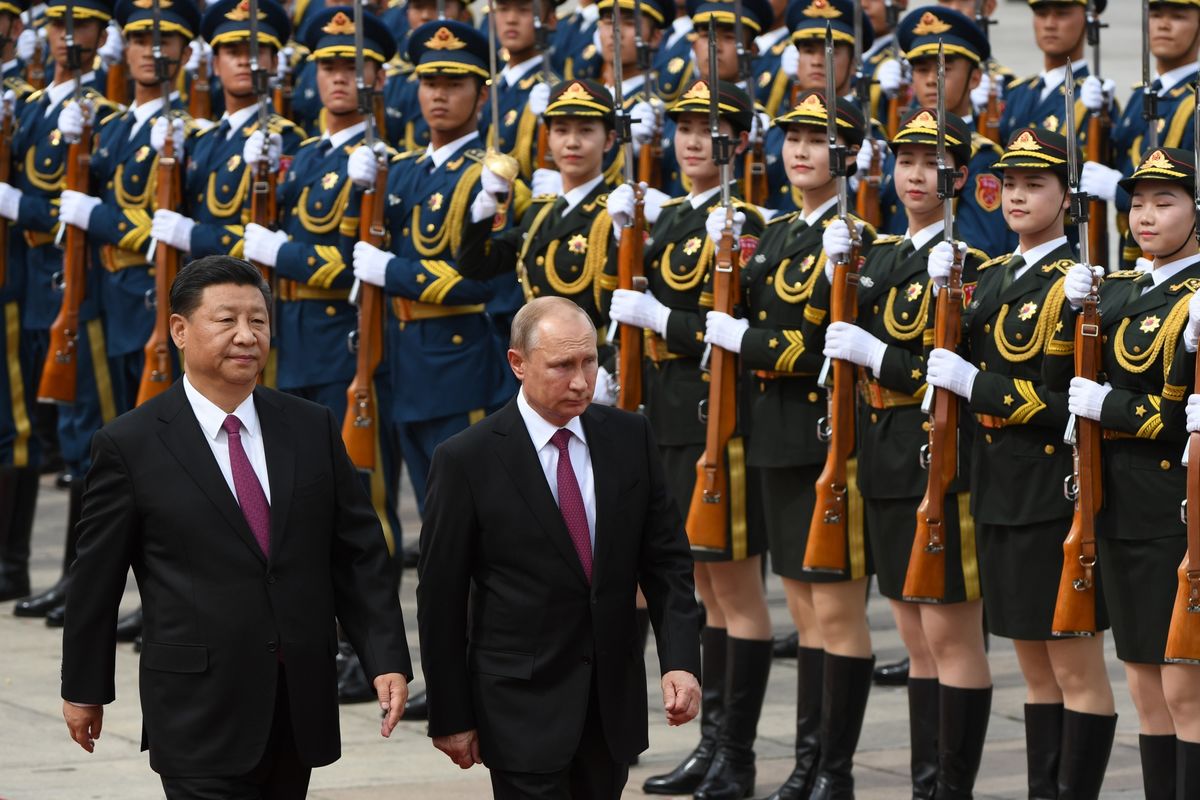 It has been left abandoned in diplomatic half-life

Three months into the pandemic, a senior official at the World Health Organisation was asked on video link by a journalist about Taiwan’s response. It was a fair question: they had tipped off the body about the outbreak of a new virus when it was being covered up by China and kept down their own deaths. But Bruce Aylward, the assistant director-general, pretended not to hear the question and then seemed to hang up her call. The determined reporter dialled back, but was brushed off. “We’ve already talked about China – and when you look across all the different areas of China, they’ve actually done quite a good job,” said the Canadian doctor.

This disturbing incident highlighted the craven stance of this United Nations body to China – and made me determined to visit the island democracy on its doorstep, which lives in the shadow of an increasingly-aggressive Communist dictatorship. My plans were thwarted by the pandemic, then reporting on the war in Ukraine, but I finally achieved my aim after its quarantine was cut to three days of incarceration, followed by four days of precautionary behaviour. I still rather dreaded my stint of being trapped in a single hotel room, but actually found it strangely enjoyable; the time passed surprisingly fast doing very little beyond eating and reading.

Upon release I discovered a remarkable place – a prosperous liberal democracy, where citizens are more than twice as wealthy as those stuck under Xi Jinping’s despotic regime. I stepped outside my hotel to find two Lamborghinis parked amid the glitzy shops of central Taipei, then a McLaren around the corner. Taiwan feels Chinese in culture and heritage, yet at the same time highly cosmopolitan from its embrace of same-sex marriage through to the food served in restaurants, the craft beer in bars, music in cafes, styles on the streets and even the surprising number of people speaking English. One contact asked to meet for brunch in a cool place offering British cooked breakfasts – although admittedly, I have still spent significant time trying to figure out what some other shops, stalls and drink outlets sell.

Much of this success is rooted in its recent history of freedom and tolerance, which offers stinging rebuke to the huge, repressive and corrupt regime sitting 110 miles away over the sea that holds one-sixth of the global population in its sinister grip. Taiwan’s complex history is a swirling story of colonisers, warlords and migrants, followed by the 1949 arrival of Chiang Kai-Shek and more than one million of his defeated Kuomintang nationalists after the Chinese civil war. Initially, they ran the country with an iron fist, imposing martial law that lasted for 38 years. Then it was lifted under domestic and international pressure, the security apparatus was dismantled and the first direct elections for parliament held in 1992.

Unsurprisingly, younger generations brought up under democracy see themselves as emphatically Taiwanese. “I can say anything here, which is so different to people like me in China,” said one medical student. Wu’er Kaixi, one of the leaders of the 1989 Tiananmen Square protests who now lives in Taiwan after spending time in France and the United States, told me he thinks it has become the world’s finest democracy. This is arguable – but certainly studies suggest it is among the best, a stronger democracy than either the British or US systems left corroded by tribalism.

Many young Taiwanese are, however, frustrated by the world’s failure to recognise their nation – and often fearful over the future. One young couple in their twenties told me over dinner that most of their friends believe they will end up under Beijing’s control. For Taiwan may have its own elected president, passport, borders and armed forces. It makes almost all of the world’s most sophisticated computer chips, the tiny silicon semiconductors upon which modern society depends, and has a lively media. Yet Beijing’s leaders openly declare their intention to seize the islands, promoting the idea of “reunification” and pretending Taiwan is simply a wayward prodigal son that must return to the motherland’s fold rather than a sovereign state.

China uses its muscle to bully any firm, nation or institution that dares challenge its view. This was seen again this month with a provocative show of military power – including multiple incursions into Taiwanese waters and airspace – in response to visits by senior US politicians. Little wonder the Taiwan Strait has been called the planet’s most dangerous place. It is a sad sign that authoritarianism has so polluted the Western mindset that these trips were deemed controversial. Yet this strategy is successful. Only 14 small nations still recognise Taiwan, six fewer than when its current president Tsai Ing-wen was first elected in 2016. It has been left abandoned in diplomatic half-life: forced to use its old title as Republic of China, barred from global bodies such as the UN and treated as an appendage of Beijing by kowtowing companies.

Two events changed the narrative for Taiwan – and should have done the same for all Western nations. First came the crushing of freedom after protests in Hong Kong in defiance of the handover deal with Britain, proving again that China’s leaders cannot be trusted. Then came the folly of Ukraine’s invasion by another nationalist dictator, demonstrating that even the world’s biggest armies can be stymied by a determined citizenry. Yet defence sources here say the UK and other European nations, rightly quick to back Ukraine, stop the sale of weapons Taiwan might need to resist – and given the potential to blockade an island, it would be too late after an invasion.

“We need to see the same solidarity shown by democracies over Ukraine towards Taiwan,” Kelly Wu-Chiao Hsieh, Taiwan’s representative to the UK, told me before I left. After two weeks in his country, I am even more convinced he is right.

How A Player In The Trump-Russia Scandal Led A Double Life As An American Spy
EU Doubles Military Aid For Ukraine To 500 Million Euros, Mulls Fresh Russia Sanctions