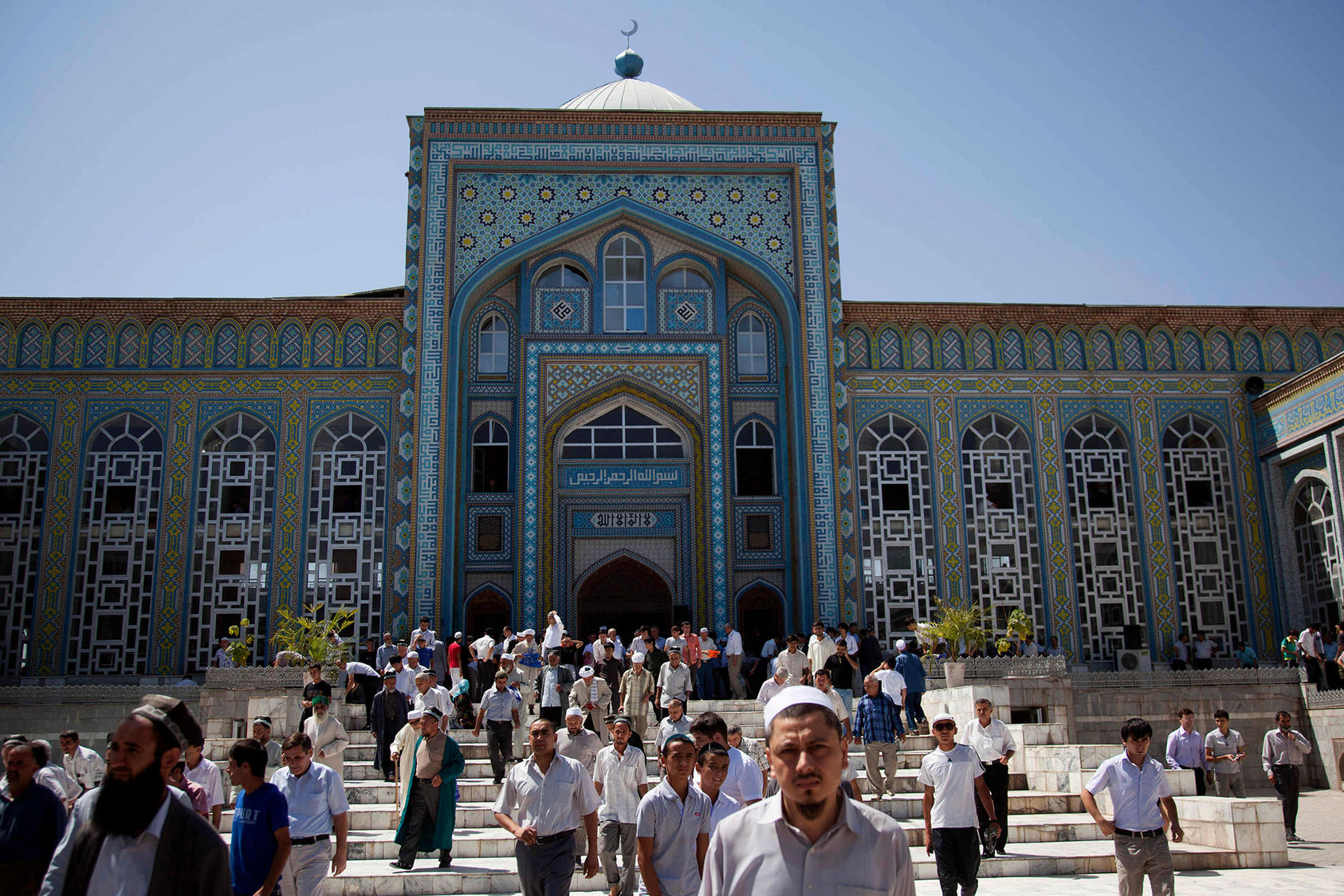 The only figure that the regime deems worthy of open adulation is President Emomali Rahmon.

Authorities in Tajikistan have within the space of a week forced the closure of two important religious institutions in the capital: a tariqa, or school, used by adherents of the Ismaili Shia faith and a bookshop trading in Islamic literature.

The broadside against the Ismailis, a splinter group of the Shia Muslim faith, fits within a broader pattern of repression of Pamiris, a roughly 230,000-strong minority whose historic homeland in what is known as the Gorno-Badakhshan Autonomous Region, have been subjected to a sustained security sweeps over recent months.

The Ismaili Tariqa and Religious Education Board was registered in 2012 at the same time as the opening of the first Ismaili Center in Dushanbe. The location was used by followers of Ismaili Shiism for both secular and religious education.

Sources at the center have told Eurasianet that they have been under pressure from the authorities since May to suspend their educational activities. It has been several weeks since the doors of the premises have been closed to the public.

The Ismaili Center, which houses, among other things, a jamatkhana, a place where followers of the faith gather to pray, remains open, although its future also looks bleak in light of the evolving situation.

The state’s religious affairs committee has made no public statement on the closure of the Ismaili Tariqa and Religious Education Board. Three years ago, however, the committee sent a letter to the organization expressing discomfiture at the fact that the portrait of the Ismaili faith leader, the Agha Khan, had been hung above that of the president, Emomali Rahmon.

In the eyes of the government of Tajikistan, no figure holds a more hallowed status than Rahmon.

Official intolerance toward religion extends further than just the Ismailis, however. The government has taken a hostile stance against Islamic education in general. A decade ago, all the country’s madrasas were shuttered under the pretext that the Education Ministry was drawing up a sanctioned religious curriculum. The doors of the country’s six madrasas never reopened, however.

This past week, the authorities forced the closure of the only bookstore in Dushanbe dealing in religious literature. A spokesman for the state religious committee said the closure was temporary, pending an inspection of the store’s catalogue.

All this has happened despite the fact that around 95 percent of Tajikistan’s population self-describes as Muslim.

The only remaining places for pursuing studies in religious matters is the Islamic Institute in Dushanbe, which lies close to the now-shuttered bookshop. Ninth-grade schoolchildren are also required to complete a History of Religion unit.

The clampdown on religion is even more extensive than that.

Children under the age of 18 are forbidden from visiting the mosque. People under 35 are ineligible to apply to perform the hajj to Mecca. Prayer is not allowed in government institutions and members of the public are in effect prohibited from entering government buildings while wearing a hijab or beards grown as a symbol of Islamic piety. There are no courses available for the study of Arabic. Young people pursuing religious studies have been forcibly repatriated over the past several years.

The only legally operating imams are appointed by the religious affairs committee, from whom they draw a salary. Their sermons are prepared in advance by the committee. Countless mosques have been closed. Little prayer rooms dotted around the country have often been dismantled.

This is all a boon to recruiters of underground groups professing radical forms of Islam. The most notorious of these, the Islamic State, has made the fact of the Rahmon regime’s repression of blameless Muslims a core pillar of its recruiting rhetoric.