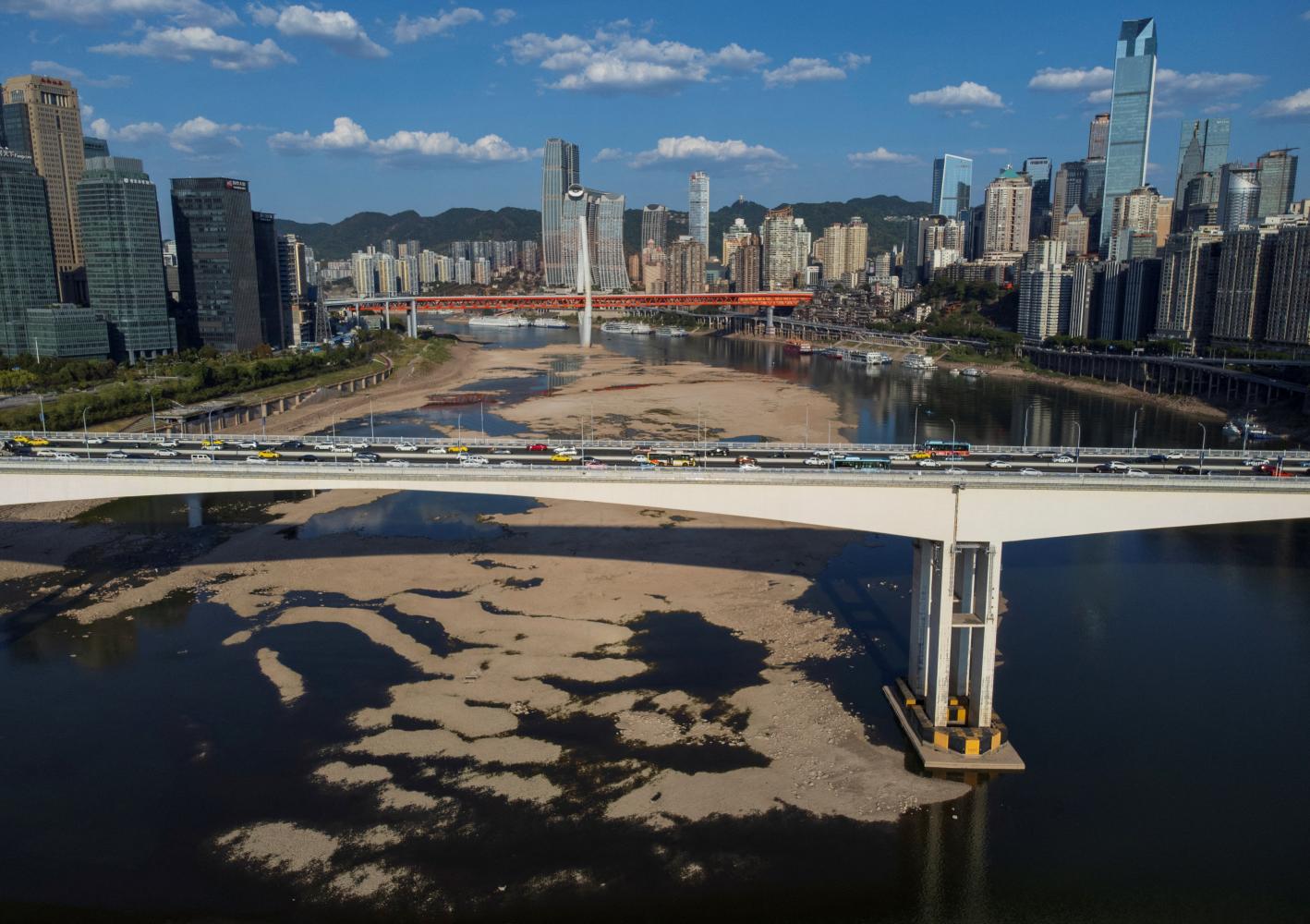 Saltwater intrusion is common in the Yangtze River estuary during dry seasons between October and March. But Shanghai has experienced it since September this year, reportedly due to extended droughts affecting the entire Yangtze basin this summer. According to Caixin, Shanghai has been transferring water from nearby regions after two of its drinking water sources, Qingcaosha and Chenhang Reservoirs, temporarily stopped taking in water.

Saltwater intrusions occur when freshwater flows are insufficient to stop seawater pressing into river estuaries and upstream. They usually lead to an increase of harmful chloride in freshwater.

China’s major estuaries are no strangers to such intrusions. Apart from the Yangtze where Shanghai is located, the Pearl and Qiantang estuaries also suffer every year. However, the historic drought this summer in the Yangtze basin could make this particular event run much longer, with less available freshwater to fight it back.

Sea level rise is believed to be another reason for increasing frequency and intensity of saltwater intrusions. According to the latest China Sea Level Bulletin, 15 strong intrusion events occurred in the three estuaries in 2021, and were generally stronger and longer than in 2020. Average sea level along China’s coast over the past decade has been at its highest since at least 1980. Over the next three decades, the level along the Shanghai coast is expected to rise by another 70–175mm, said the bulletin.