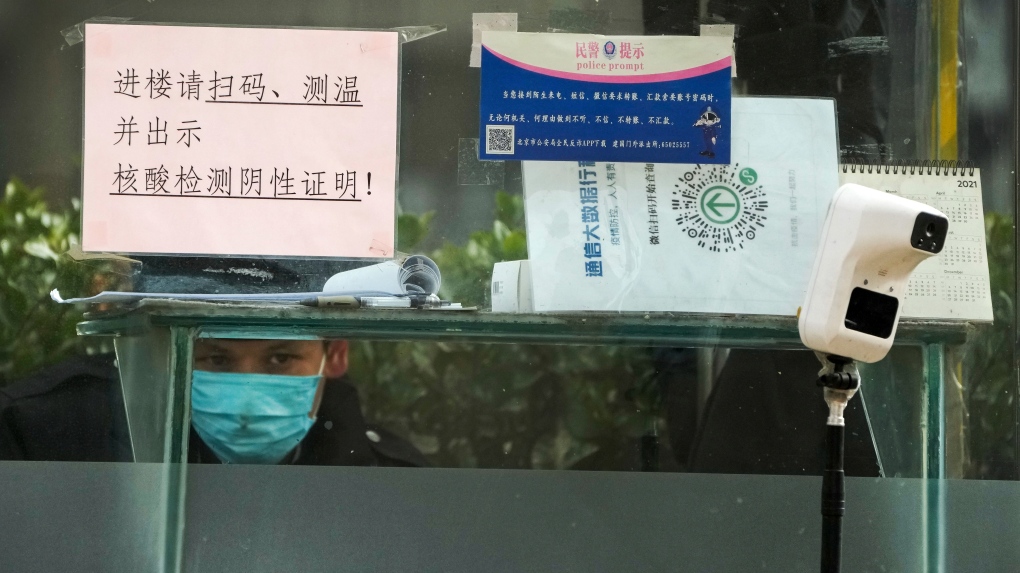 The bureau on Saturday also asked kindergartens and childcare centres in the financial hub to shut all in-person classes from Monday, according to an online statement.

China lifted some of the world’s toughest COVID-19 restrictions in December after unprecedented public protests and is now experiencing a spike in infections, with fears COVID could sweep across its population of 1.4 billion during next month’s Lunar New Year holiday.

In Shanghai, authorities in December declared an end to lockdown measures imposed on 24 high-risk areas across 11 districts.

But new projections from the US-based Institute of Health Metrics and Evaluation (IHME) suggest China’s abrupt lifting of stringent COVID-19 restrictions could result in an explosion of cases and more than 1 million deaths through 2023.

According to the group’s projections, cases in China would peak around April 1, when deaths would reach 322,000.

About a third of China’s population will have been infected by then, IHME director Christopher Murray said.

China’s national health authority has not reported any official COVID-19 deaths since the lifting of restrictions. The last official deaths were reported on December 3.

China’s zero-COVID policy may have been effective at keeping earlier variants of the virus at bay, but the high transmissibility of Omicron variants made it impossible to sustain, Mr Murray said.

COVID-19 infections were exploding in China well before the government’s decision to abandon its strict policy, a World Health Organization director said on Wednesday, quashing suggestions that the sudden reversal caused a spike in cases.

The comments by the WHO’s emergencies director Mike Ryan came as he warned of the need to ramp up vaccinations in the world’s second-largest economy.

Speaking at a briefing with media, he said the virus was spreading “intensively” in the nation long before the lifting of restrictions.

“There’s a narrative at the moment that China lifted the restrictions and all of a sudden the disease is out of control,” he said.

“The disease was spreading intensively because I believe the control measures in themselves were not stopping the disease. And I believe China decided strategically that was not the best option anymore.”

The sudden loosening of restrictions has sparked long queues outside fever clinics in a worrying sign that a wave of infections is building, even though official tallies of new cases have trended lower recently as authorities eased back on testing.

In its most recent COVID-19 report for the week to November 27, the WHO said China had reported increasing hospitalisations for four consecutive weeks.

“So the challenge that China and other countries still have is: are the people that need to be vaccinated, adequately vaccinated, with the right vaccines and the right number of doses and when was the last time those people had the vaccines,” said Mr Ryan.

Chinese officials are now encouraging individuals to get boosted from a list of newer Chinese-made shots, however, the government is still reluctant to use foreign vaccines, a senior fellow for global health at the Council on Foreign Relations, Yanzhong Huang, said.

China’s National Health Commission said on Friday it was ramping up vaccinations and building stocks of ventilators and essential drugs.