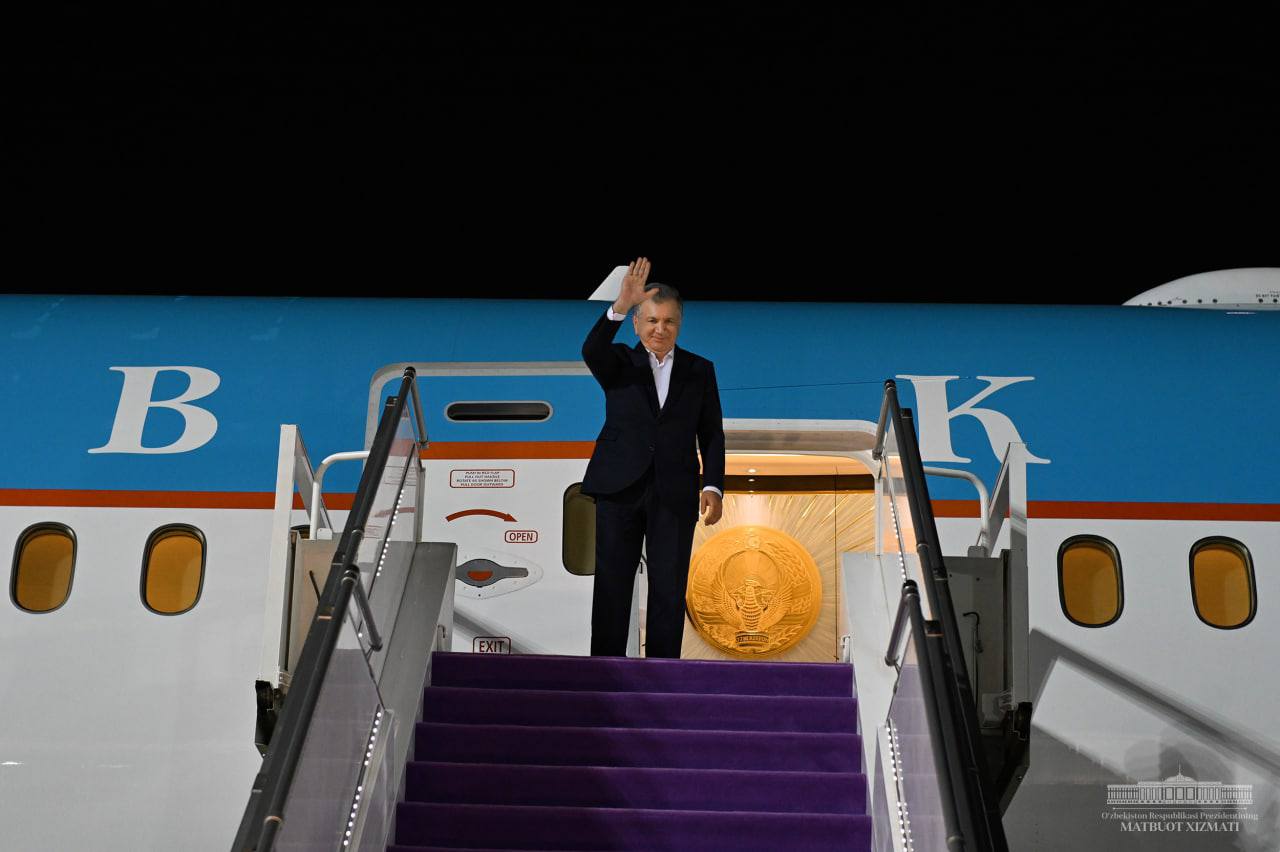 The March 2022 elevation of the Turkey-Uzbekistan relationship to a “Comprehensive Strategic Partnership” provides the Ankara-led Organization of Turkic States with a new geopolitical heft.  To preserve its autonomy in the face of Beijing’s growing regional dominance, Tashkent has turned to Ankara to act as countervailing force in both economic and security affairs.  Combined with the expanding Turkey-Pakistan strategic partnership, this makes Turkey a rising Eurasian agenda setter that will impact the strategic calculus of both Beijing and Washington.

Uzbekistan is the geographic pivot of southern Eurasia, the central connectivity node linking China with Afghanistan, Pakistan, and Middle East. In April 2022, Uzbekistan unveiled its development strategy for 2022-2026 at the Shanghai Cooperation Organization. In a symbolic first, indicative of the economic power shift in Central Asia, the document was written and published in the Chinese language. As Moscow has redirected its attention and resources away from Central Asia to Eastern Europe, Beijing has emerged as Uzbekistan’s primary economic partner, consolidating it influence over the connectivity architecture of the region.

In 2021, China was Uzbekistan’s largest export market, exporting $1.74 billion of goods compared to $1.70 billion of exports to Russia. Uzbekistan is an important source of mineral fuels, cotton, copper, and inorganic chemicals for China. With Uzbek banks concerned about running afoul of secondary sanctions if they continue to receive credit from sanctioned Russian financial institutions, a further turning to China as an alternative source of financing is likely.  With an eye toward Uzbekistan providing China overland commercial connectivity to Europe, the Middle East, and South Asia, Beijing has been cultivating its relationship with Tashkent. China is Uzbekistan’s largest source of foreign investment, exceeding Russian investment by over twofold.

Given that upwards of 90% of China’s current rail freight to Europe passes through Russia, Beijing is looking to Uzbekistan to diversify its trade corridors by providing a China-to-Europe commercial rail transportation route that does not traverse Russian territory. The 4,380 km China-Kyrgyzstan-Uzbekistan (CKU) railway project from China’s Lanzhou through Xinjiang province and southern Kyrgyzstan to Tashkent forms the key connectivity link that would extend China’s reach to the Persian Gulf via Iran and to the Mediterranean via the Caucasus and Turkey. The CKU railway provides a significantly shorter route for China to reach the Middle East and southern Europe than the current alternative that crosses through Kazakhstan.

On February 5, 2022, China signed an agreement with Uzbekistan, committing to a five-year program of investment and economic cooperation. Shortly following the Sino-Uzbek economic deal, Uzbekistan’s transportation minister opened talks in March 2022 with China’s ambassador to advance the CKU railway. On June 5, the CKU route operated its maiden run with transshipment by truck across Kyrgyzstan. From Lanzhou, 230 tons of electrical appliances worth $2.6 million were transported by train to the China-Kygryz border where they were offloaded and transported by truck to the Uzbek border where they were reloaded back onto trains for the final leg to Tashkent. The return trip brought 525 tons of cotton fabric to China estimated at about $1 million.

IMPLICATIONS: Like China, Turkey also has seized on the strategic opportunity to deepen its relations with Uzbekistan.  Turkey has emerged as Uzbekistan’s third largest export market with a robust $1.64 billion.  Uzbekistan’s embrace of Turkey is a marked turnaround from Tashkent’s icy relationship with Ankara during Uzbek President Islam Karimov’s last decade in power.  Following Turkey’s support for the UN condemnation of the 2005 crackdown on political protestors in Andijan, Uzbekistan turned a cold shoulder to Ankara, refusing even to participate in meetings of the then Turkish-led Cooperation Council of Turkic-Speaking States, which in November 2021 evolved into the Organization of Turkic States.

Although Karimov initiated a slow rapprochement with Turkey in 2014 as China was unveiling its Belt and Road Initiative, strategic relations between Tashkent and Ankara quickly developed following the late Uzbek president’s death in September 2016.  In November 2016, Turkey’s President Recep Tayyip Erdoğan met with Karimov’s successor President Shavkat Mirziyoyev in Uzbekistan and Mirziyoyev reciprocated in October 2017, marking the first visit to Turkey by an Uzbek president in 21 years.  With Erdoğan’s 2018 visit to Uzbekistan, Ankara and Tashkent established a new dialogue format called the Turkey-Uzbekistan High-Level Strategic Cooperation Council.  Indicative of the new relationship and the increasingly strategic role Turkey is playing in Uzbekistan’s economy, Turkey’s DAL Holding Investment Company in August 2018 inaugurated a steel manufacturing facility in the greater Tashkent region, capable of producing 12,000 tons annually.  Turkish pharmaceutical firm Nobel İlaç in 2019 similarly committed to expand its production facilities in Uzbekistan.

In 2019, the volume of Turkey-Uzbekistan bilateral trade reached $2.3 billion. In that year, about 1,300 firms in Uzbekistan were operating with Turkish capital in a variety of sectors ranging from textiles, food production, and pharmaceuticals to building materials and plastics. By 2021, the annual trade volume between Turkey and Uzbekistan reached $3.6 billion, a 57% increase over the pre-COVID19 level. During 2021, 407 new Turkish firms were established in Uzbekistan,  surpassing the rate of Russian as well as Chinese investment. By January 2022, 2,123 firms were operating in Uzbekistan with Turkish capital, a 63% increase over the pre-pandemic level.

Most significantly from a geopolitical perspective, Uzbekistan, on October 15, 2019, officially joined the Cooperation Council of Turkic-Speaking States.  With a population of 34 million, greater than the populations of Turkmenistan, Kazakhstan, and Kyrgyzstan combined, Uzbekistan’s 2019 joining the Turkic Council paved the way the council’s 2021 transformation into the Organization of Turkic States, with the agenda to reshape the strategic architecture of connectivity across Eurasia.  One month after China signed its five-year investment deal with Tashkent, Turkey signed a series of cooperation agreements with Uzbekistan during President Erdoğan’s March 29-30, 2022 state visit for the second convening of the Turkey-Uzbekistan High-Level Strategic Cooperation Council. The tone of the meeting and the substance of the cooperation agreements marked an important breakthrough in actualizing a pan-Turkic platform to shape Eurasia’s economic and security architectures.

Celebrating the advancement of Turkish-Uzbek economic cooperation, Erdoğan and Mirziyoyev presided over the commissioning of a $150 million, 240 MW thermal power plant built by Turkey’s Cengiz Enerji. The Turkish company also inaugurated construction of a $140 million 220MW gas piston power plant in Uzbekistan’s Syrdarya region. In addition to celebrating Turkey’s involvement in solving Uzbekistan’s pressing energy needs, the warm summit between Erdoğan and Mirziyoyev witnessed the signing of 10 cooperation agreements between the two countries, including a preferential trade agreement, as well as the declaration that Turkish-Uzbek relations have reached the level of a “comprehensive strategic partnership.”

Significantly, the delegation of senior Turkish officials at the 2nd Turkey-Uzbekistan High-Level Strategic Cooperation Council included Turkish Defense Minister Hulusi Akar, who signed of a framework agreement for military cooperation between Turkey and Uzbekistan. The agreement builds on the 2020 Turkey-Uzbekistan cooperation protocol on military education and the first Turkey-Uzbekistan Defense Industry Cooperation Meeting held in the same year.  The agreement will likely expand interoperability between the Turkish and Uzbek armed forces.   One year prior during March 21-25, 2021, Turkish and Uzbek Special forces conducted joint military drills in the Uzbek city of Termez, located on the border with Afghanistan.  The exercises were observed by Turkish Chief of General Staff General Yaşar Güler and his Uzbek counterpart.

Turkey’s upgraded partnership with Uzbekistan, separated from Pakistan by only 435 miles (700 km) of Afghan territory, greatly enhances Ankara’s ability to incorporate Islamabad in its Eurasian agenda. In April 2019, Turkey conducted a joint military drill with Pakistan and Uzbekistan in the latter’s Jizzakh region.  A trilateral military drill involving Special Forces from the three countries was also conducted in December 2021. Regular joint exercises and military cooperation between the three states would alter the security architecture in the region. Pakistan’s participation in the Nagorno-Karabakh war with Turkey also highlighted the growing significance of the Turkish-Pakistani military cooperation for Turkey’s leadership in Eurasia.

CONCLUSIONS: The new strategic partnership between Turkey and Uzbekistan anchors Ankara’s geopolitical and economic outreach across the Caspian Basin to Central Asia, a capability that was already enhanced by the increasing integration between Turkey and Azerbaijan following the latter’s Turkish-assisted victory in the November 2020 Nagorno-Karabakh War.

Hacktivists, new and veteran, target Russia with one of cyber’s oldest tools
Turkey and the Ukraine War: Ankara Charts its Own Course