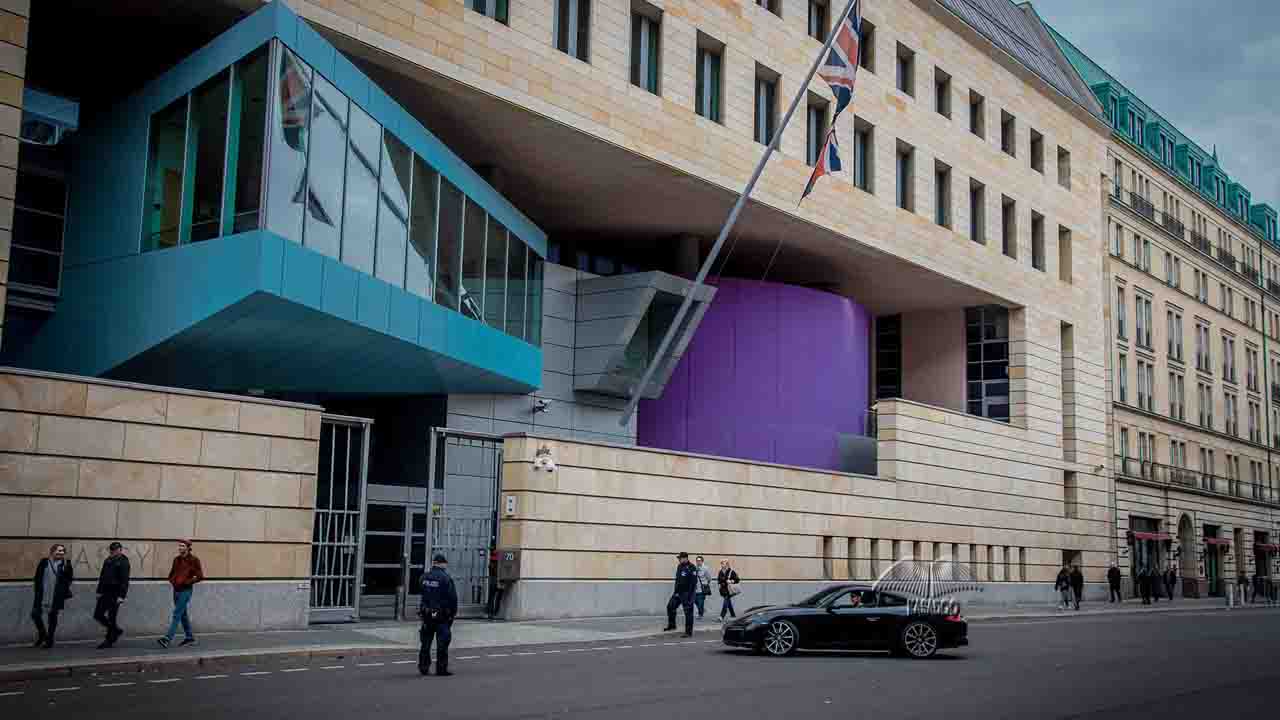 Germany arrested on Tuesday a British citizen who is accused of spying for Russia while working at the UK Embassy in Berlin.

German prosecutors said in a statement on Wednesday that the man, identified only as Davis S., 57, was detained in Potsdam based on joint investigations by German and British authorities.

Prosecutors said he is suspected of having spied for the Russian intelligence service at least since November.

Before his arrest, he worked as a local hire at the British Embassy in the German capital and allegedly passed on documents he received at work to the Russians. He received an unknown amount of cash in return, the prosecutor’s statement said.

Investigators have searched his home and office, German prosecutors added.

“We take the information that the detained person’s intelligence activity was carried out on behalf of a Russian intelligence agency extremely seriously,” said Germany’s Foreign Minister Heiko Maas. “Spying on a close ally on German soil is absolutely unacceptable and we are in full solidarity with our British friends.”

In a statement, the London Metropolitan Police said its “Counter Terrorism Command is responsible for investigating allegations and matters relating to alleged breaches of the Official Secrets Act.”

“Primacy for the investigation remains with German authorities,” the statement added.

During the Cold War, Berlin was often dubbed as “the capital of spies” because the city was on the frontlines of the confrontation between the Soviets in the East and the Americans and their western allies in the West. Intelligence agents were active on both sides of the divided city and sometimes — after some espionage agents were caught — there were infamous cloak-and-dagger exchanges of captured spies on the Glienicker Bridge.

However, since the fall of the Berlin Wall in 1989, the unification of Germany a year later, and the end of the Cold War, espionage activities in Berlin have supposedly abated.

Kyrgyzstan and Tajikistan sign protocol on settlement of situation on border

Kyrgyzstan and Tajikistan sign protocol on settlement of situation on border