Home » Blog » Everything you know about the 1960s is wrong 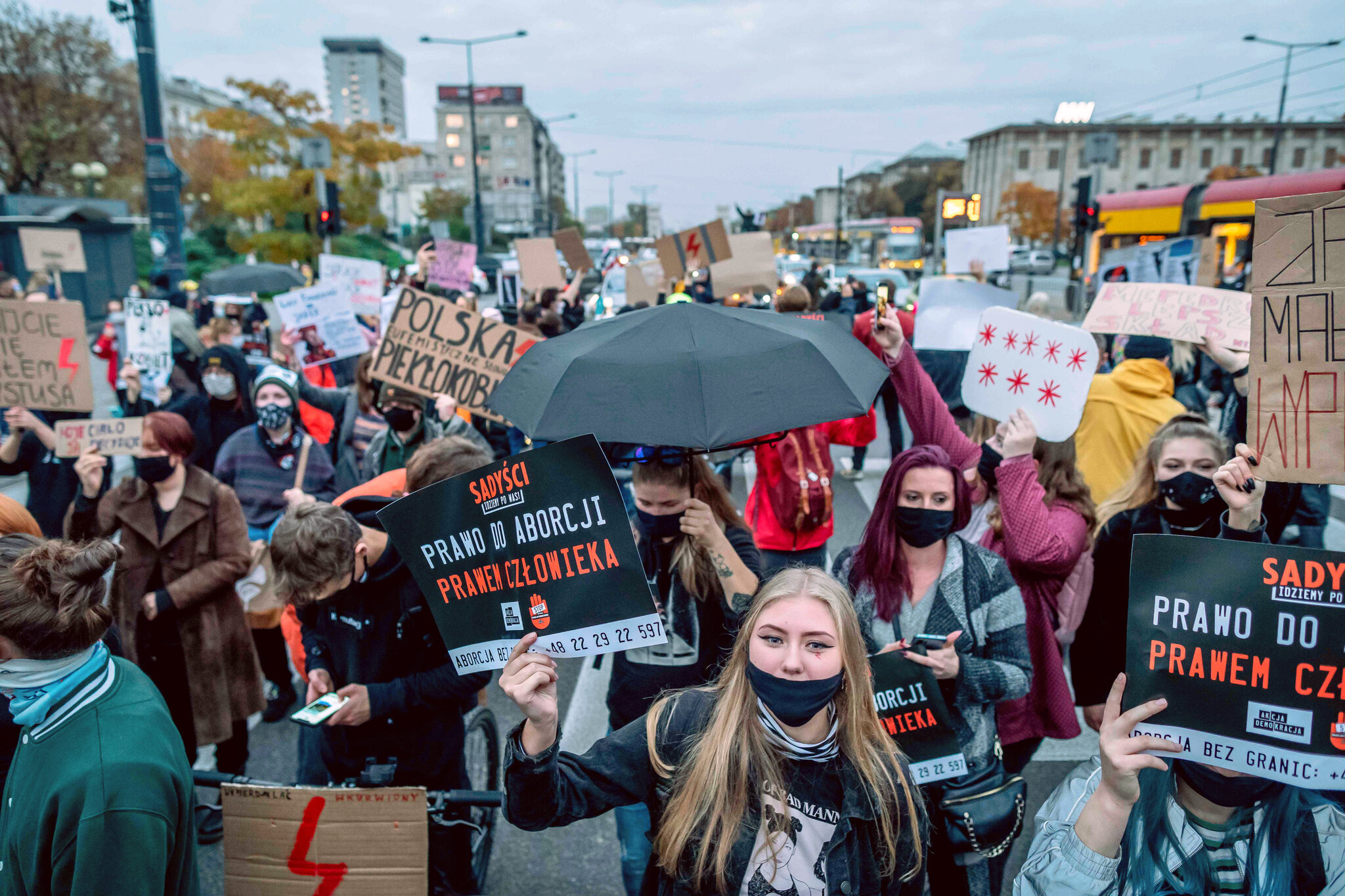 Think it was a decade of sex, protest and psychedelics? Nope. As late as 1964, the decade looked like the ’50s.

Late 1964 was a buoyant time for the majority of Americans: a prosperous year that promoted extraordinarily high expectations about the future. As in the previous twenty years, large numbers of people were flocking to buy houses in the suburbs and climbing into the middle classes.

If there could have been a nationwide soundtrack for late 1964, it would have been especially upbeat, featuring hit songs by the Supremes (“Baby Love,” “Come See About Me”), the Beatles (“A Hard Day’s Night,” “I Feel Fine”), and the Beach Boys (“I Get Around”).

John F. Kennedy’s eloquent calls for a New Frontier had raised expectations his death could not dim. Liberals, led by President Johnson, redoubled their efforts for reform. In May, speaking before some eighty thousand enthusiastic listeners (including Republican governor George Romney) at the University of Michigan’s football stadium, Lyndon Johnson had called for congressional approval of a Great Society — a hugely ambitious set of domestic reforms and programs. That August, Congress appropriated $1 billion to support the Economic Opportunity Act, which promised to wage a “War against Poverty.”

But no social issues in 1964 were more divisive than those involving race and civil rights. These revealed the power of rights consciousness, the most important force behind the turbulent changes in the years that followed. Generated by the extraordinary affluence of the early 1960s and by the soaring rhetoric of Kennedy’s New Frontier, this new awareness greatly heightened the expectations of millions of Americans, especially the young, whose increasingly urgent quests for rights, freedoms, and entitlements set off innumerable conflicts and confrontations in 1965 and thereafter.

Though direct-action protest on behalf of civil rights for American Negroes (as African Americans were called in 1964) had a long history, it increased dramatically in the early 1960s. Militant young people in organizations such as the Congress of Racial Equality (CORE) and the Student Nonviolent Coordinating Committee (SNCC) spearheaded protests, mainly in the racially segregated South. In 1964, ten years after the Supreme Court had ruled against state-mandated segregation in the public schools in Brown v. Board of Education, only 1 percent of black elementary and secondary school students in the Deep South attended schools with whites. All eleven Southern states (along with seven others) enforced laws banning interracial marriage. Very few Deep South blacks had been allowed to register to vote.

Racial tensions also escalated that summer in Northern cities, where millions of Southern black Americans had been flocking since the 1940s. De facto racial segregation and discrimination continued to flourish in the North. A stunning 48 percent of black Americans in 1964 lived in poverty, as compared to 14 percent of whites. But many Northern white Americans in 1964 continued to oppose major changes in race relations. Governor George Wallace of Alabama, a demagogic segregationist (LBJ once called him a “runty little bastard and just about the most dangerous person around”), drew between 30 and 45 percent of the vote in Democratic presidential primaries that spring in Indiana, Maryland, and Wisconsin. Many of his supporters were blue-collar whites, part of what would be famously termed a civil rights “backlash” growing in the North and thriving on fears that blacks would overrun white schools and neighborhoods.

It is clear in retrospect that two phenomena — the sharpening of racial tensions and the demographic change that allowed a large wave of young adult baby boomers to define themselves as a specific generation — contributed to the rising rights consciousness and incipient polarization of the mid and late 1960s. But this emerging conflict, which was soon to set off a struggle over values and power, was not so obvious at the time. Most young Americans in 1964 did not yet see themselves as belonging to a distinctive or self-conscious generation. Having grown up in an affluent culture, many were developing higher expectations than their parents had, but there was relatively little media discussion in early 1965 about righteously assertive or rebellious youth.

Though a few young people were experimenting with LSD, which was legal in California until 1966, the psychedelic drug culture widely associated with the ’60s had not yet arrived. Developments in popular music, to be sure, hinted at dramatic changes that were to emerge later that year and to spread thereafter. Beginning with the hugely hyped arrival of the Beatles in the United States in February 1964, the “British invasion” of that year imparted a new vitality to rock music.

But most popular rock music in 1964, such as that of the Beach Boys or of the Supremes continued to be bouncy, melodic, and sweet. The Beatles, too, were unchallenging in 1964. Their “I Want to Hold Your Hand,” which remained phenomenally popular throughout the year, threatened no one. As of the end of 1964, few people could have predicted that developments in rock music would help transform American popular culture.

Other major forms of popular culture hardly changed at all during the early 1960s. Television, which Federal Communications Commission chair Newton Minow had described in 1961 as a “vast wasteland,” continued to feature wholesome, mostly family-oriented entertainment aimed at middle-class, white viewers. Most of the widely watched prime-time offerings “Bonanza,” “The Beverly Hillbillies,” “Gomer Pyle, U.S.M.C.,” “Gilligan’s Island,” “The Andy Griffith Show” — were risk-averse programs that many critics bemoaned.

Hollywood continued to maintain the Motion Picture Association of America’s prim Production Code, which had been enforced since 1934. The code was a laundry list of “thou shalt not’s.” No profanity, blasphemy, nudity, miscegenation, childbirth, or reference to venereal disease. Few people with cultural power in late 1964 were fully prepared to query the definition of “moral standards,” much less systematically challenge those norms.

In matters sexual it was indeed hard to perceive significant changes in America as of early 1965. To be sure, it was widely assumed at the time that young people were more sexually active than had been the case in the 1950s. The proportion of out-of-wedlock births was beginning to increase rapidly, mainly among lower-class black teenagers. Helen Gurley Brown’s “Sex and the Single Girl,” a best-selling book published in 1962, encouraged young women to have sex as a way to get ahead in the world of work, offering pointers on “Squirming, Worming, Inching, and Pinching Your Way to the Top.” But books like this were considered scandalous, descriptive of social outliers, not as guidebooks to the behavior of young working women.

There was as yet little talk of a “sexual revolution” — a term that mainly gained popular parlance later in the 1960s. Young single women talked frankly of petting but claimed to hold the line against “going all the way.” They had ample reason to be careful, because even if 81 percent of Americans (including 78 percent of Catholics) told pollsters that they favored making birth control information widely available “to anyone who wants it,” reliable contraception was not all that easy for young unmarried people to obtain.

Aside from civil rights activism and the free -speech events in Berkeley, politically oriented protest among young people was also relatively uncommon in late 1964. Bob Dylan might sing that the times they were a-changin’, but the change young American liberals seemed to be seeking at the time was hardly subversive. Many embraced visions inspired by Kennedy’s New Frontier, which called for domestic reforms but also supported America’s unyielding Cold War policies against international communism. Boomers in 1964 seemed to be nearly as apolitical as teenagers had been in the 1950s.

Indeed, except for civil rights, there did not appear to be very pressing political or social causes for young activists to rally behind in 1964. Americans were reflexively anticommunist in 1964 and approved of advancing their national interests in a Cold War world, but they did not otherwise pay great attention to foreign affairs. The formation of the Palestine Liberation Organization that May received little media coverage, nor were most Americans greatly concerned when China detonated its first nuclear bomb in mid-October. With the unnerving Cuban missile crisis of 1962 two years in the past, Fidel Castro’s island nation had become less of a concern, and fears of nuclear conflict had abated. Nations with the bomb — the United States, the Soviet Union, France, and Great Britain — had agreed in 1963 to a treaty banning nuclear tests in outer space, under water, and in the atmosphere. A “hotline” linked the White House and the Kremlin. The world was still a very dangerous place, but few Americans in 1964 were agitating for agreements that might lessen tensions between the United States and communist nations such as the USSR or China.

The simmering conflict in Vietnam did not preoccupy the American public in late 1964, in spite of the subtly escalating U.S. presence in the country. Some 23,000 American military personnel were stationed in Vietnam at the end of 1964 (an increase of approximately 7,000 since Johnson had become president in November 1963). Some of them, unbeknownst to most Americans, were seeing combat. But like JFK, LBJ referred to them as noncombat “military advisers.” For these reasons, few young Americans in late 1964 were protesting against the draft. Like their older siblings born in the pre-boomer years, they accepted military service, however reluctantly, as one of a number of obligations young men in a rules-oriented culture had to meet. They would have found it hard to believe that hundreds of thousands of American soldiers would soon fight or that more than 58,000 of them would die and more than 303,000 would be wounded as a result of serving in Southeast Asia between 1965 and 1973.

Why was organized protest, except for the civil rights movement, so paltry in the United States in 1964? One explanation is compelling: the vibrant health of the economy. Since April 1961, uninterrupted economic growth had been extraordinarily strong, enabling Americans to enjoy unparalleled prosperity and to anticipate even more of it in the future.

Income inequality, moreover, had declined since the 1930s and was historically modest as of 1965 for a variety of reasons. Corporate salaries, while enabling a very comfortable lifestyle for those near the top, were far less remunerative than in later years. The federal government’s top marginal income tax rates were still high: they had been at 90 percent until a tax cut in early 1964 dropped them to a still hefty 70 percent, or twice what they were to become at the turn of the twenty-first century. To be sure, the United States was by no means an egalitarian society: in 1964, 34.6 million people (more than 17 percent of the population) lived below the government’s official poverty lines. For a family of four, this was $3,130 a year. America’s social safety net, having expanded only slowly since World War II, remained more porous than those in northern European nations. Labor unions, which had grown substantially since the 1930s, were starting to weaken. Still, income inequality was as low in early 1965 as it ever had been in the modern history of the country.

When Lyndon Johnson lit the national Christmas tree in December 1964, he presided over a nation at once hopeful and complacent, largely trusting its institutions and feeling assured about its future path, even as certain deprived groups, notably black people, were complaining angrily of exploitation. Phenomenal economic growth and unprecedented prosperity, along with the absence of extreme inequality and of large-scale immigration, helped to explain why the United States seemed to be a remarkably stable and confident place to live. It was hardly surprising that a great many Americans, including millions of young people who were nearing adulthood, had developed high expectations. No people in the modern history of the world had had it so good.