Home » Blog » EU to tighten travel rules for Russians, but no visa ban 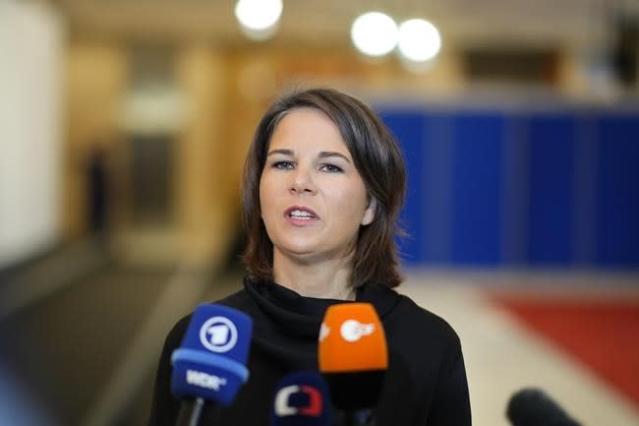 European Union countries agreed Wednesday to make it harder for Russian citizens to enter the 27-nation bloc, but they failed to find a consensus on imposing an outright tourist ban in response to Russia’s war on Ukraine.

At talks in the Czech Republic, EU foreign ministers were desperate to put on a show of unity and further punish President Vladimir Putin for launching the war over six months ago. Still, they couldn’t bridge differences over whether Russian citizens, some of them possibly opposed to the invasion, should also pay a price.

The plan now is to make it more time-consuming and costly for Russian citizens to obtain short-term visas to enter Europe’s passport-free travel zone — a 26-country area made up of most of the EU members plus Iceland, Liechtenstein, Norway and Switzerland known as the Schengen area.

The move will be done by freezing a 2007 agreement to ease travel between Russia and Europe. The EU already tightened visa restrictions on Russian officials and businesspeople under the accord in May.

Speaking after chairing the meeting in the Czech capital Prague, EU foreign policy chief Josep Borrell said that an increasing number of Russians have been arriving in Europe since mid-July, some “for leisure and shopping as if no war is raging in Ukraine.”

This, he said, “has become a security risk” for European countries bordering Russia.

Borrell said said he believed the additional delays will result in fewer visas being issued.

Students, journalists and those who fear for their safety in Russia would still be able to acquire visas. The move would have no immediate impact on the estimated 12 million visas already issued to Russian citizens, but EU officials will look into what could be done to freeze them.

Ukrainian Foreign Minister Dmytro Kuleba described the move as “a half measure.” He said that visas should only be issued to Russians on humanitarian grounds or to help those who clearly oppose Putin’s war.

“The age of peace in Europe is over, and so is the age of half measures. Half measures is exactly what led to the large-scale invasion,” he said after the meeting. “If I have to choose between half measure and no measure, I will prefer a no measure and continue a discussion until a strong solution is found.”

Calls have mounted from Poland and the Baltic countries — Estonia, Latvia and Lithuania — but also Denmark for a broader ban on Russian tourists. The foreign ministers of Estonia and Latvia said that they may push ahead with further visa restrictions, citing national security concerns.

“We need to immediately ramp up the price to Putin’s regime,” Estonian Foreign Minister Urmas Reinsalu told reporters. “The loss of time is paid by the blood of Ukrainians.”

Uniform rules are supposed to apply across the 26 countries that make up Europe’s passport free travel area, but Reinsalu said that “it’s our national competence, under the principle of national security, to decide the issues of entry to our soil.”

Over the years, several countries have reintroduced border controls for security reasons in the Schengen area, in which Europeans and visitors can travel freely without identification checks.

The foreign minister of Finland, which shares the EU’s longest border with Russia, underlined that his country would, as of Thursday, slash the number of visas being delivered to Russian citizens to 10% of normal. They’ll only be able to apply for the travel pass in four Russian cities.

“It’s important that we show that at the same time when Ukrainians are suffering, normal tourism shouldn’t continue business as usual,” Foreign Minister Pekka Haavisto said. “Finland has already made our decision to limit the amount of tourist visas. We hope that the whole European Union will do similar decisions.”

Before Wednesday’s talks, Danish Foreign Minister Jeppe Kofod had expressed hope that a common EU position could be found, pointing to the fact that most Ukrainian men don’t have the luxury to choose whether they can leave their war-torn country.

“It has to have consequences on all fronts,” Kofod said. “We want to limit visas for Russian tourists, send a clear signal to Putin, to Russia, (that) what he is doing in Ukraine is totally unacceptable.”

But European countries further from Russia and Ukraine’s borders are reluctant to go too far.

Belgium Foreign Minister Hadja Lahbib said it is important to avoid creating a patchwork system “where Russians could do a kind of visa shopping among the countries of the European Union.”

“It’s very important to target the right people. That is, those who support this unjust war against Ukraine and also those who try to evade the sanctions that we have imposed,” she said.