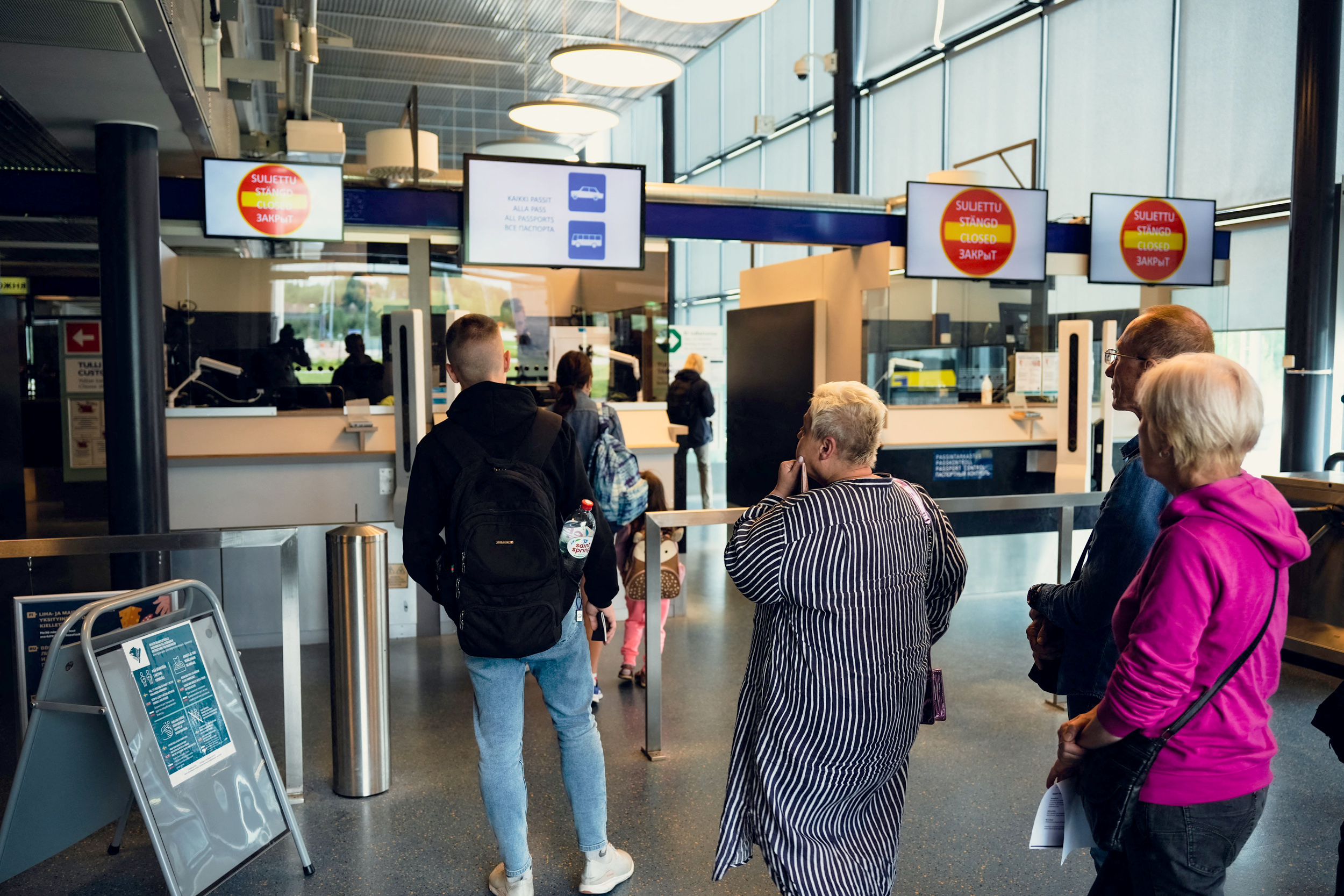 European Union member states sought to overcome divisions over demands to ban visas for Russian tourists, as they considered a compromise that would make it costlier and more difficult for Russians to travel to the bloc.

As foreign ministers met for a second day of talks in Prague, the Baltic countries and Poland threatened unilateral action if the EU fails to agree to ban Russian tourists, but other envoys including from Germany and France have urged more caution.

During Wednesday’s talks, Czech Foreign Minister Jan Lipavsky urged his counterparts in the room to stop issuing tourists visas and also ban tourists that are already holding an EU visa, according to a person familiar with the matter. Lipavsky suggested that further steps to limit tourist traffic from Russia could be included in a new sanctions package.

Lipavsky told reporters earlier that people should “look at what is happening in Ukraine, look at what Russia is doing in Ukraine and at the same time Russian tourists are going to our resorts to be in spas to enjoy our splendid Europe.”

Ministers are poised to settle on a compromise put forward by the Czech government, which currently holds the EU’s rotating presidency, to suspend a 2007 visa facilitation agreement with Russia. That will lengthen processing times for visas, require more documentation and raise costs to 80 euros ($79.90) from 35 euros.

The EU will stop short of imposing a general visa ban in retaliation for Moscow’s invasion of Ukraine, Hungarian Foreign Minister Peter Szijjarto said. “The European Union will end its visa facilitation agreement with Russia,” Szijjarto said in a briefing broadcast on Facebook. “Only a qualified majority of member states is needed for this and it was clear from the speeches today that we have that.”

Baltic states have been pushing for a visa ban amid an influx of Russian tourists crossing into the EU via their borders. Poland, Estonia, Lithuania and Latvia said in a joint statement they are considering introducing “national-level temporary measures” to limit the number of Russian citizens entering the bloc and Schengen area across their borders.

Asked by reporters how soon the Baltic countries would pursue their plans if there was no EU decision, Latvian Foreign Minister Edgars Rinkevics said they would wait to see the outcome of the meeting, adding that if ministers could at least agree to a road map, “then it is already a good outcome.”

German Foreign Minister Annalena Baerbock cautioned against an overly restrictive visa policy, saying it was important to target Russian officials and those profiting from war, but to continue allowing others who might not support the regime to travel to Europe. A discussion paper Germany drafted with France and circulated to member states warned against far-reaching travel restrictions that could feed the Russian narrative.

Banning Russian tourists in response to Moscow’s invasion of Ukraine “would be a sign that we don’t want to have anything to do with the Russian people, but we have to do the opposite, especially now,” Luxembourg’s Jean Asselborn said.

Kremlin spokesman Dmitry Peskov said on Tuesday that if the EU went ahead with a ban on tourist visas for Russians, “this couldn’t be left without a response” by Russia, without elaborating on possible retaliatory moves. Peskov called proposed measures a “collection of irrationalities bordering on madness.”

With flights banned to and from the EU, Russians have mostly had to enter the bloc by land, primarily through Finland and the Baltic countries.

Around one million Russian citizens have legally entered the EU since Russia invaded Ukraine on Feb. 24, with roughly two-thirds entering through the borders of Estonia or Finland, according to the EU’s border agency Frontex. Once they cross into the EU with a Schengen visa, they are free to travel around the border-free zone within Europe.