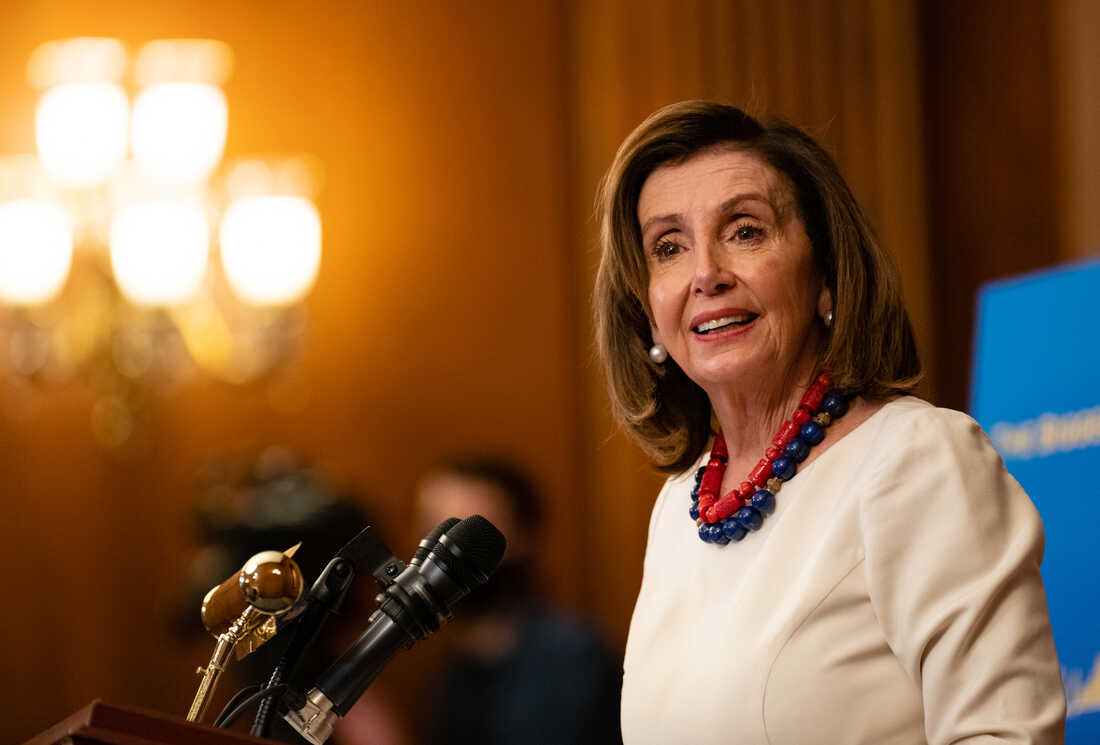 The US cannot confront Russia and China simultaneously, particularly as they grow into a more united front

After the chaotic US departure from Afghanistan in August 2021 and Russia’s invasion of Ukraine in February 2022, Washington has sought to reaffirm its commitment to its allies and partners.

US House of Representatives Speaker Nancy Pelosi’s visit to Taiwan on August 2 assuaged nerves in Taipei and underlined the island’s status as a key component of the US Pacific strategy.

The affair also generated a rare instance of US bipartisanship. Twenty-six Republican senators backed Pelosi’s trip to Taiwan, while on August 14, a team of lawmakers from both the Democratic and Republican parties visited the island. The Republican governor of Indiana, Eric Holcomb, also made a trip to Taiwan on August 22.

China’s Foreign Ministry warned of “serious consequences” in the lead-up to Pelosi’s visit, but even after continual visits by US politicians to Taiwan, Beijing is unlikely to pursue military escalation. Doing so could result in a repeat of the 1995-1996 Third Taiwan Strait Crisis, which led to a remarkable loss of face for the Chinese leadership.

The third crisis started when then-Taiwanese president Lee Teng-hui was granted a visa by the United States in 1995 to attend a reunion at Cornell University in New York state. Hosting the Taiwanese leader was seen as a serious provocation by China, instigating a series of missile tests and Chinese troop buildups over the next few months.

In response, the United States steadily built up its military power in the Asia-Pacific region, including sending “two aircraft carrier battle groups to the area” in March 1996. Chinese missile tests concluded days later, with Beijing being forced to accept US military dominance in the region, and it could do little but protest when then-Speaker Newt Gingrich visited Taiwan in 1997.

The Third Taiwan Strait Crisis generated great interest in Russia, which saw an opportunity to exploit China’s desire to push back against the United States.

Writing in 1996, Russian military analyst Pavel Felgenhauer stated that defense contracts with China “could become not only a way for our hapless military-industrial complex to preserve jobs and earn money, but also the start of a long-range strategic partnership and a new balance of forces in Asia that would favor Russia.”

Having already accelerated since the Soviet collapse, Russia rapidly increased its weapons exports to China after the Third Taiwan Strait Crisis. This helped rejuvenate the Russian arms industry, and has allowed Russia to maintain its status as the second-largest arms exporter up through today.

As Washington’s attention turned to the Middle East after the terrorist attacks of September 11, 2001, China gained increasing access to Russian-built missile systems, aircraft, ships, and other military technology.

Initially, Russian imports were largely limited to Soviet-era weaponry. But as China’s domestic arms production capabilities evolved, Russia has offered more advanced and sophisticated shipments of arms over the past decade to ensure China remains a customer, as well as to undermine US strategy in the Asia-Pacific region.

As a result of this, Taiwanese and US forces in this area have become far more vulnerable to Chinese missiles, aircraft and ships. After Pelosi’s departure, Beijing conducted multiple missile tests near Taiwan, while China’s two aircraft carriers, commissioned in 2012 and 2019, were both sent to the region.

On August 21 alone, five Chinese ships and 12 aircraft were detected around Taiwan.

Beijing also indicated that it intended to conduct “regular combat readiness patrols” around the island.

US President Joe Biden’s administration was careful to avoid condoning Pelosi’s visit, instead advocating for calm.

Although in the weeks leading up to her visit, the US Navy had sent its warships through the Taiwan Strait on several occasions “in what it calls freedom of navigation operations,” since Pelosi’s return, Washington has been wary of escalation, “keeping an aircraft carrier group and two amphibious assault ships at sail in the region, but not close to the island” of Taiwan, rather than retaliating against China’s recent exercises in the region.

On August 12, US Indo-Pacific coordinator Kurt Campbell said the US planned cautiously to resume its trade and military presence in the Taiwan Strait only in line with its previous “commitment to freedom of navigation” in the coming weeks. Already preoccupied with Russia’s invasion of Ukraine, the US military could not risk confronting China as it could a quarter-century ago.

Though Beijing has also so far avoided significant escalation, China’s growing defense capabilities have allowed it to aid the Russian military’s campaign in Ukraine. Since the beginning of the invasion, China has increased sales of microchips, aluminum oxide, and raw materials essential to the Russian defense industry. In June, several Chinese companies were blacklisted by US officials for aiding the Russian military.

After the 2020 Nagorno-Karabakh War between Armenia and Azerbaijan revealed the importance of drones in state-to-state conflicts, Russia has been desperate to offset its drone deficit in Ukraine. The Russian military has modified large numbers of Chinese civilian drones and robots, as they are cheaper and more widely available than Russian variants, to supplement the efforts of its armed forces.

Chinese drone company Da-Jiang Innovations (DJI), the world’s largest drone manufacturer, halted sales to both Russia and Ukraine in April to prevent misuse of its products. But surveillance technology developed by DJI, called AeroScope, can be used to track other DJI aircraft along with the position of the drone’s operator, and Ukrainian experts have indicated that Russia continues to use AeroScope to target Ukrainian forces.

While representatives for DJI and other Chinese drone and robotics companies have stated they do not support the use of their products in conflict, they are ultimately beholden to Beijing.

Russian President Vladimir Putin’s criticism of Pelosi’s visit as a “thoroughly planned provocation” and including Taiwan on its list of unfriendly countries and territories in March means Beijing may continue to look the other way on the issue of using Chinese-made civilian drones in the Russia-Ukraine war.

And in addition to growing technological collaboration, Chinese and Russian militaries have deepened operational integration over the last two decades. Their first joint military exercise took place in 2003, and dozens of others have taken place around the world since then.

China also plans to take part in the Vostok military exercises (alongside India, Mongolia, Belarus and Tajikistan) in Russia’s Far East from August 30 to September 5.

There are numerous limitations, however, to greater military cooperation between these two powers. China is wary of comparisons between the Ukraine-Russia conflict and its own dispute with Taiwan. Beijing has largely focused on nurturing its economic influence over Taiwan since the turn of the century, while isolating it diplomatically.

China also does not want to jeopardize its relatively constructive relationship with Ukraine, nor risk Western economic sanctions by more openly supporting Russia.

These factors reflect the lingering distrust between Moscow and Beijing that has existed for decades.

However, the mutual opposition of both China and Russia toward the United States is enough to offset these issues for now. The United States had earlier warned China against assisting Russia’s war effort, but clearly it is a line China is willing to skirt.

Considering that the US sells billions of dollars’ worth of weapons to Taiwan annually and has had special forces on the island since at least before 2019, this is no surprise.

Military cooperation between China and Russia has been further augmented by growing energy sales between the two countries, as well as a desire to create international institutions, such as the Shanghai Cooperation Organization (SCO) and independent financial payment systems, to bypass traditional US-dominated structures.

The Chinese-Russian relationship was reinvigorated just weeks before Russia’s invasion of Ukraine with the declaration of a “no limits” partnership.

Both China and Russia increasingly recognize that dividing US attention between Ukraine and Taiwan will allow Beijing and Moscow to consolidate their regional positions. The muted US response to Chinese military action around Taiwan since Pelosi’s visit is yet another indication that Washington cannot confront Russia and China simultaneously, particularly as they grow into a more united front.

If tensions over Taiwan continue, China may be persuaded to increase its military support to Russia. If this happens, it will upend the military balance in Eastern Europe, just as Russian military assistance to China has done in East Asia over the past two decades.

The Den of Spies: Brussels, the Gateway for China and Russia
Central Asia’s Cooperation Treaty Faces A Lack Of Consensus