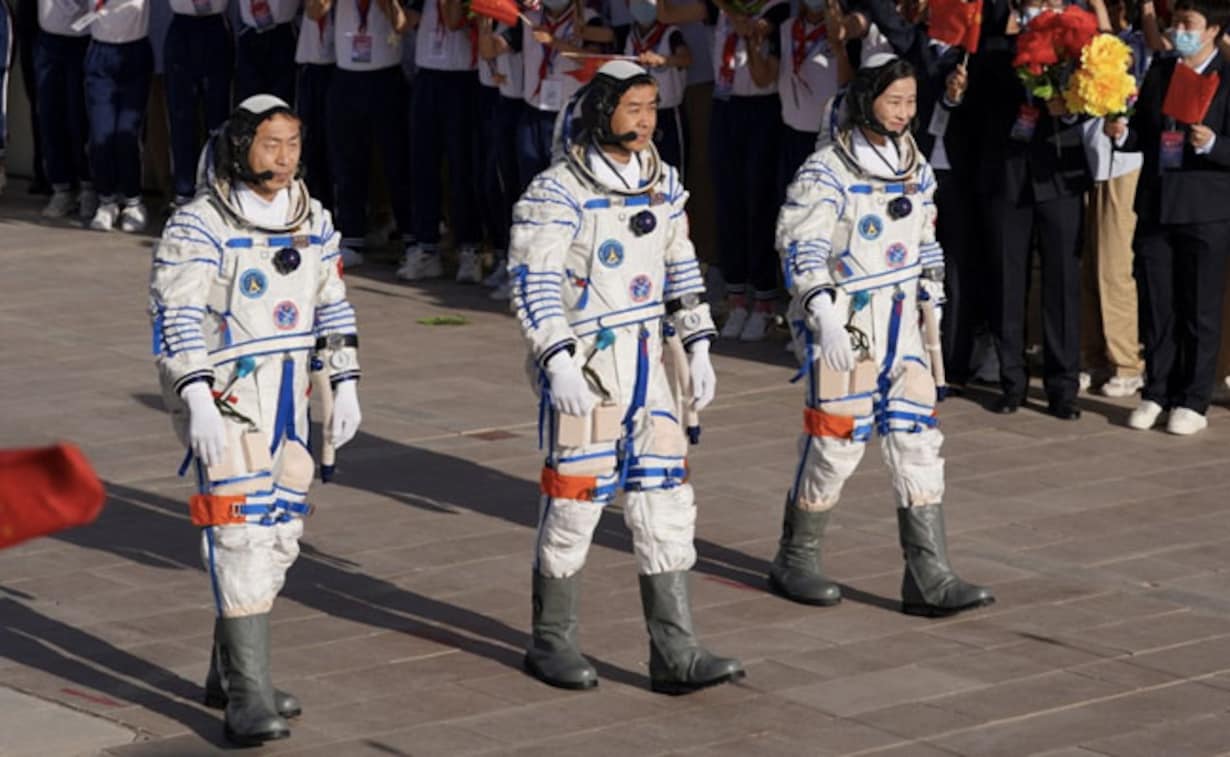 They will also conduct scientific experiments and check equipment on the station, ready for it to begin full operations once completed.

The three astronauts on the Shenzhou-14 mission were launched using a Long March-2F rocket from the Jiuquan Satellite Launch Center in northwest China at 10:44 p.m. ET (7:44 p.m. PT) on Saturday, June 4. According to the China Manned Space Agency (CMSA), the astronauts traveled for around seven hours before arriving at the space station’s core module, Tianhe, and docking there to its radial port.

The station, named Tiangong which means “heavenly palace”, has been in the works for some time with its first module launching last year. It replaces the previous station Tiangong-2 which burned up in the atmosphere in 2019. Tiangong-2 was a small station so astronauts only spent one month at a time there. But the new station will be larger, and a trio of astronauts has already spent six months there, preparing for the station’s operations.

The Wentian module which the astronauts are expecting in October includes crew quarters, according to space.com, so three new astronauts may join the current crew once the module is installed. This would be the Shenzhou-15 mission, set to launch in December, and would be the first time that one crew hands over running of the station to another with both sets of astronauts on board for a few days.